STATUS – A resident species that is scarce and locally distributed in Derbyshire. Found from only one or two known sites in the county. Most records come from the limestone dales.
ID POINTERS – The forewing can be orange-brown or light grey-brown, with a dark basal patch. Central cross-band is dark-grey edged white and indented along the outer edge. A dark outer band starts at leading edge and stops abruptly about a third in, where there is sometimes a whitish patch.
FLIGHT PERIOD –  On the wing between June and September
IMAGES – Via Gellia, Derbyshire. – Image by Simon Roddis© 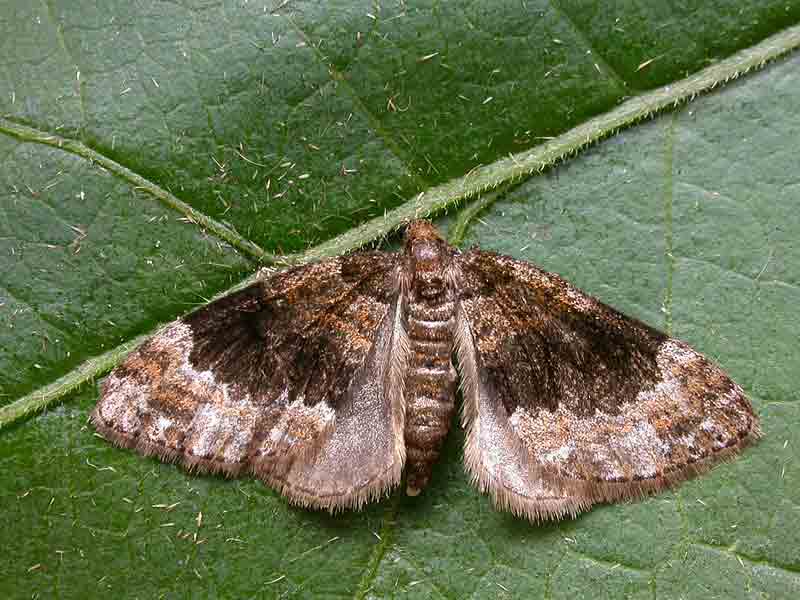