STATUS – A rare species in Derbyshire. Up until 1986 there had only been 6 records and up to 2004, a further 9 reports, a further three records in 2007 and four more in 2009. Most reported from the central areas of the county with scattered records from the South. This may indicate that these sightings refer to immigrants rather than to resident colonies.

ID POINTERS – This moth has a distinctive habit of resting with wings folded around the body, looking like a piece of twig or wood. The diagnostic feature is the contrast between the straw-yellow leading half of the forewing with an orange red tint and the rich mahogany brown trailing half.

FLIGHT PERIOD – On the wing September – November and reappearing March – May. 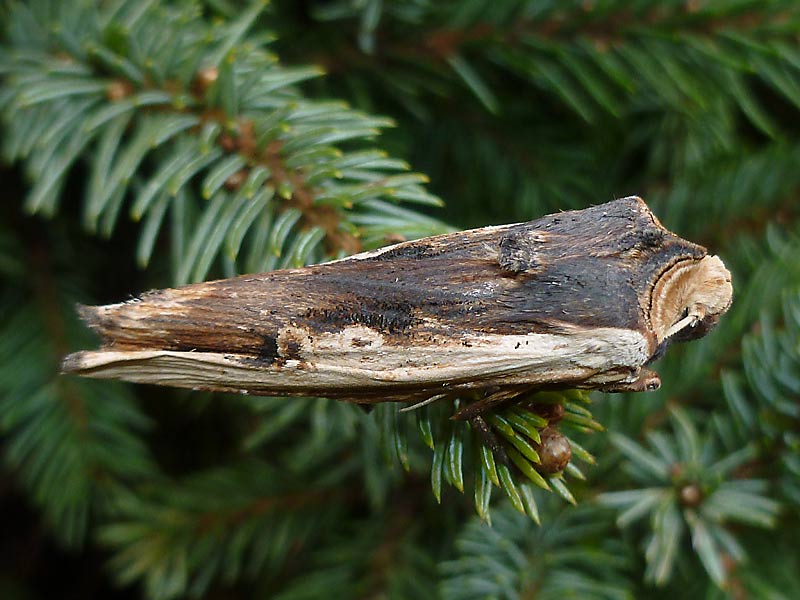 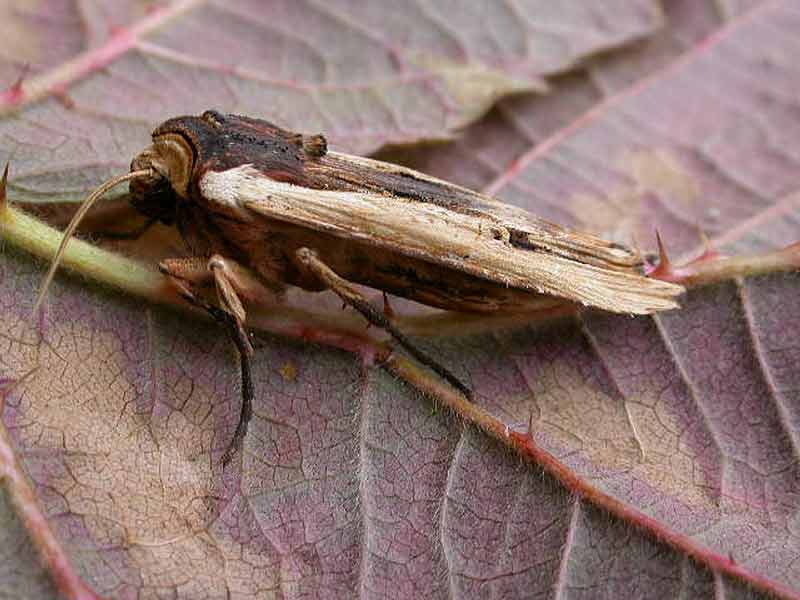