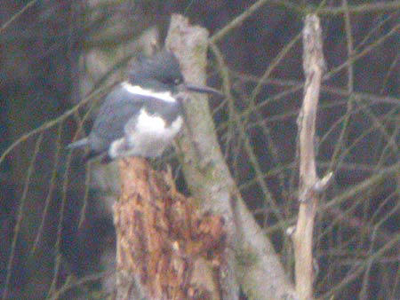 Rather than an April Fool, this bird turned out to be the genuine article and had many UK birders “Fooled”, by the 2nd April the bird had gone.
A short mad dash from the office got me the bird. It was originally found around 1pm on the nearby canal and around 5.15pm it was relocated at   Shugborough Lake, much to the disbelief of many UK birders.
This photo was digiscoped by Will Soar who has kindly allowed me to use the picture.