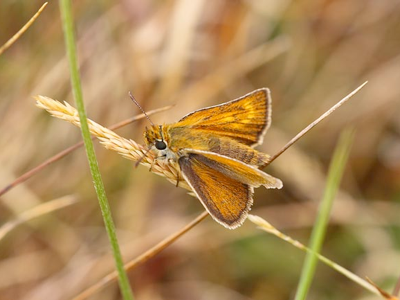 The best time for Lulworth Skipper is late July into August and one of the best places to see them is Durlston Country Park.
This species is not easy to find as they live in small colonies scattered along the cliff tops of the Dorset coast. Even more difficult when the sun is not shining. Eventually after a good we came across a small colony which were very obliging. A beautiful and subtly marked little butterfly. The Lulworth Skipper was a new butterfly species for me taking my total to 62 for Britain.
I now only have Swallowtail left to see in Britain and four of the regular British Species left to photograph.
IMAGES –  Below – First four Lulworth Skipper; bottom Marbled White. 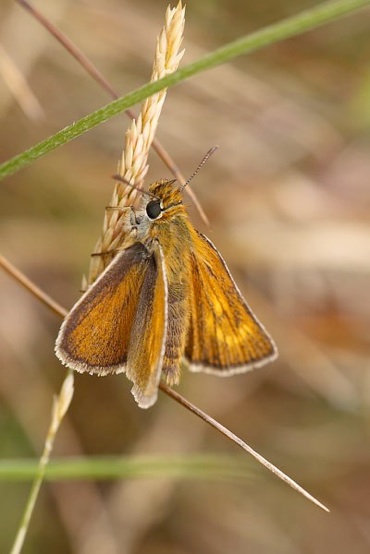 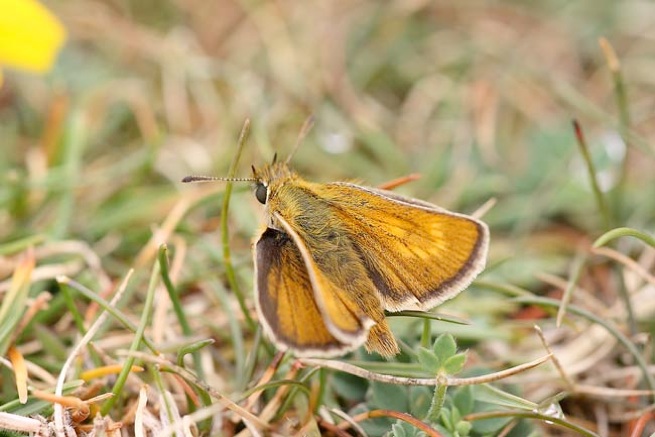 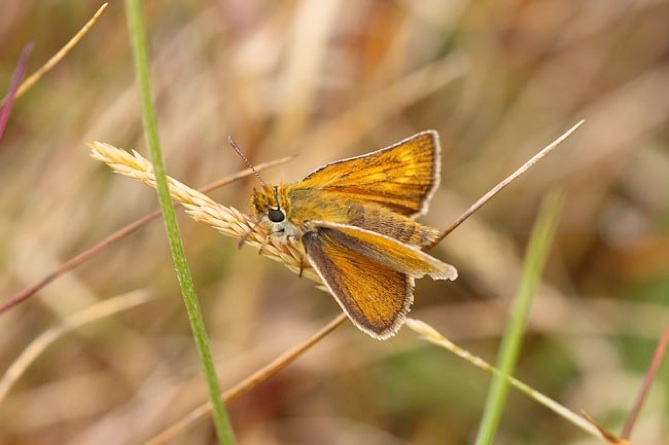