Sunday 8th November and Glyn, RichardP and myself decided we would spend a day in Cambridgeshire looking for Owls. We stopped off at Grafham Water first of all, as there had been 3 juvenile Velvet Scoter here for some time. They proved to be fairly elusive and it took us several hours and a breakfast, before we located them off the dam wall. Three very smart ducks and any Scoter species is always a thrill to see inland. Unfortunately our viewing was all too brief, as there were numerous fishing boats on the reservoir and one or two came too close for comfort and the birds were flushed. They flew off and we lost them in the distance as they flew to the opposite end of the water. We decided to see if we could re-locate them and whilst scanning from the Mander Car Park, the MEGA Alert went off on our pagers. To our complete surprise, a Crag Martin had been discovered, flying around the “crooked spire” of Chesterfield Cathedral. Unbelievable !!

To cut a long story short, we arrived at Chesterfield around 2:20pm, missing the bird by 25 minutes. We stopped till dusk but unfortunately no further show of the bird. Disappointing. So, to Monday 9th November, I was up and around early in anticipation of the pager blipping. Sure enough the Crag Martin had re-appeared around the spire at 0800hrs. I went into work, explained my disappearing off to Chesterfield and by 09:45am I was watching the Crag Martin flying around the Crooked Spire. What a fantastic site. A new bird for Derbyshire, and  I believe this bird to be the 10th record for Britain. I managed to see a previous Crag Martin at Swithland Reservoir, in Leicestershire, some years ago, so not a British Lifer for me. An extremely difficult bird to photograph, as it was tossed around in the  sky by the strong wind, just like a piece of litter blowing about. Any how I managed a few record shots as a reminder of the event. I also managed to photograph a juvenile Merlin that flew briefly over the site. We never did see any Owls in Cambridgeshire, so we will leave that for another day. Year List moves on to 241. 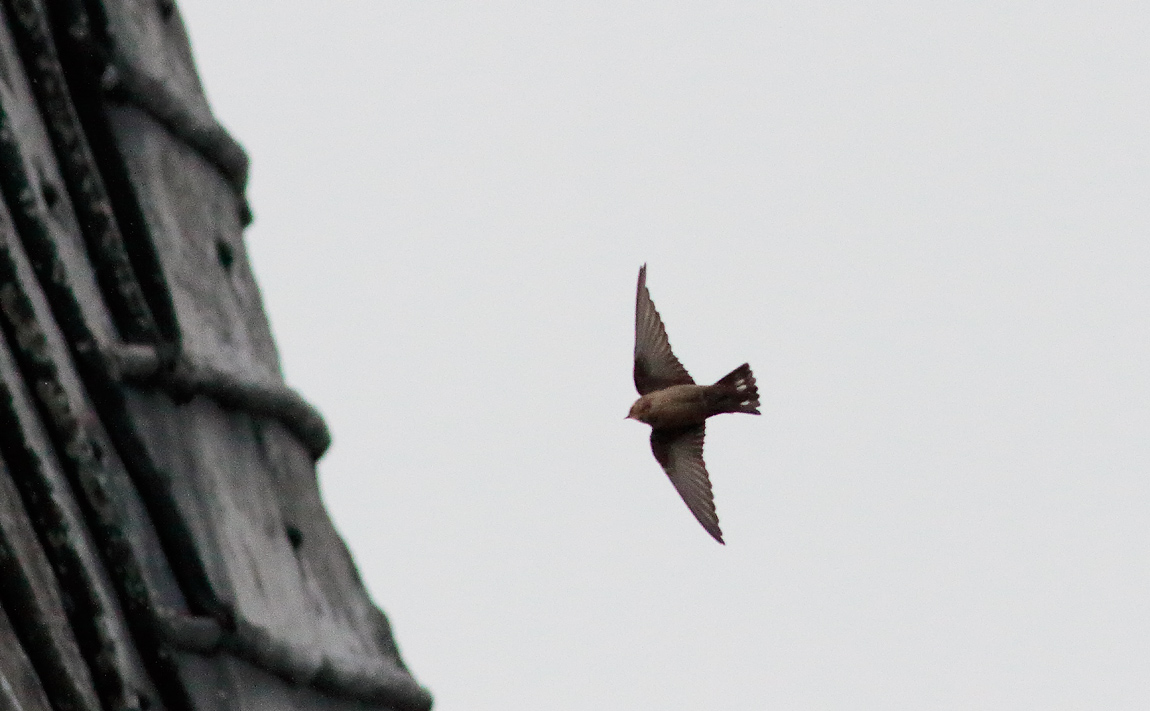 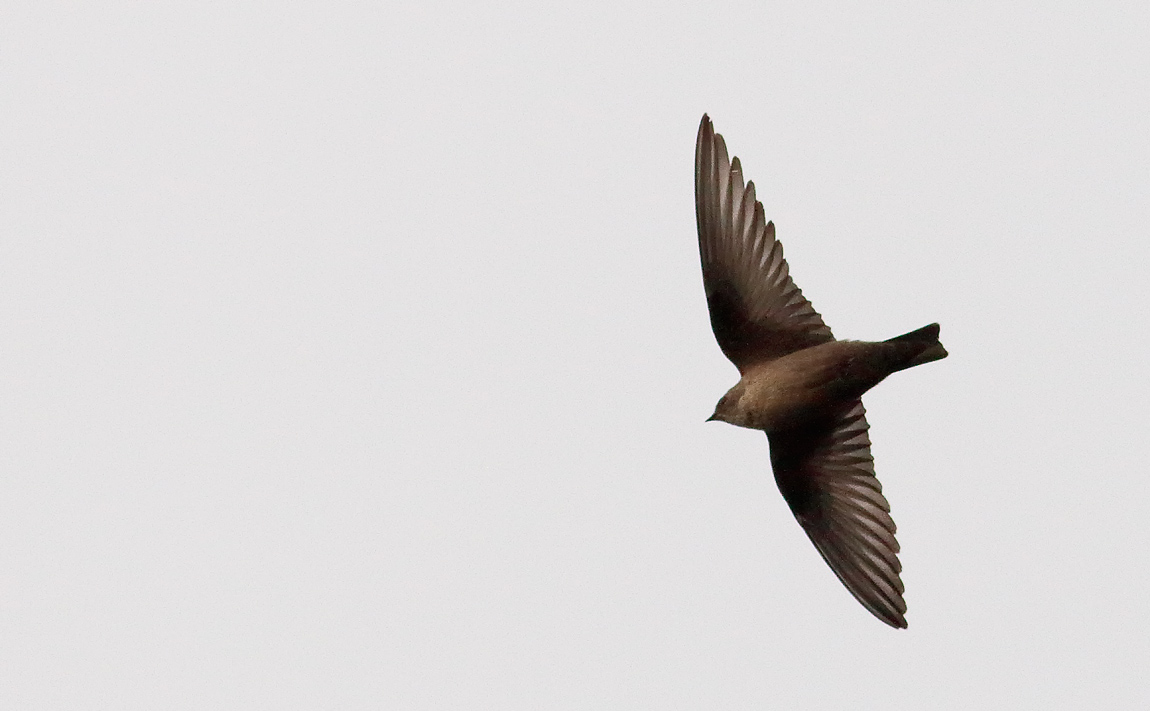 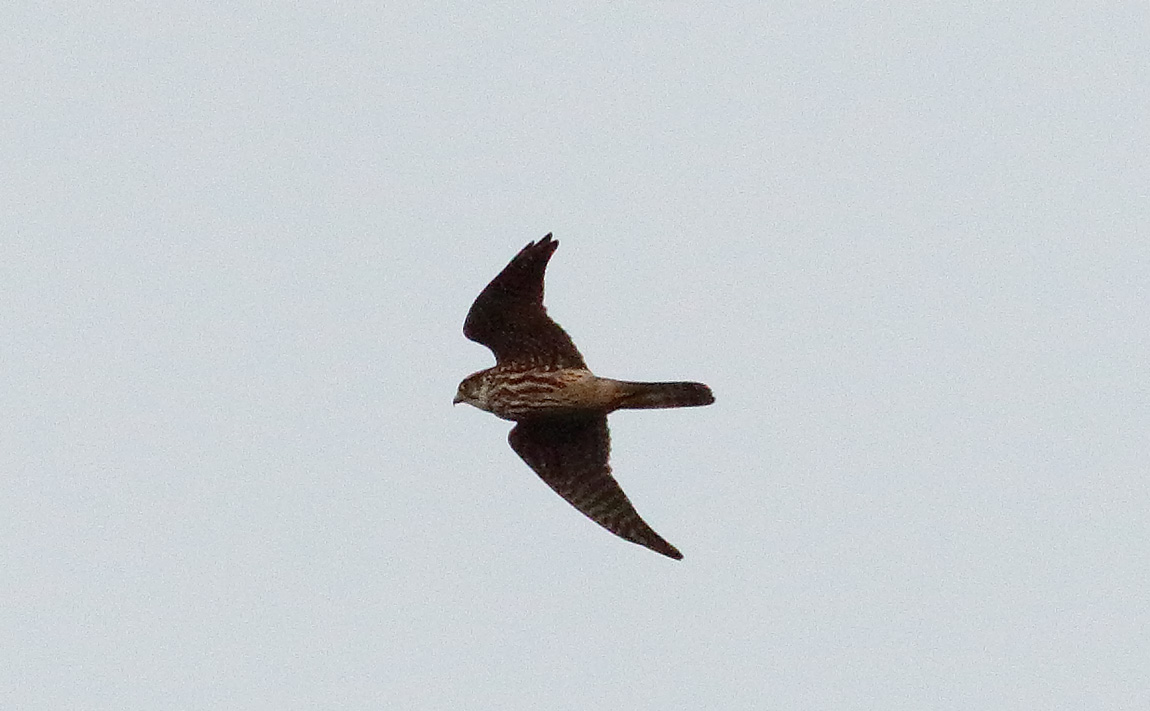 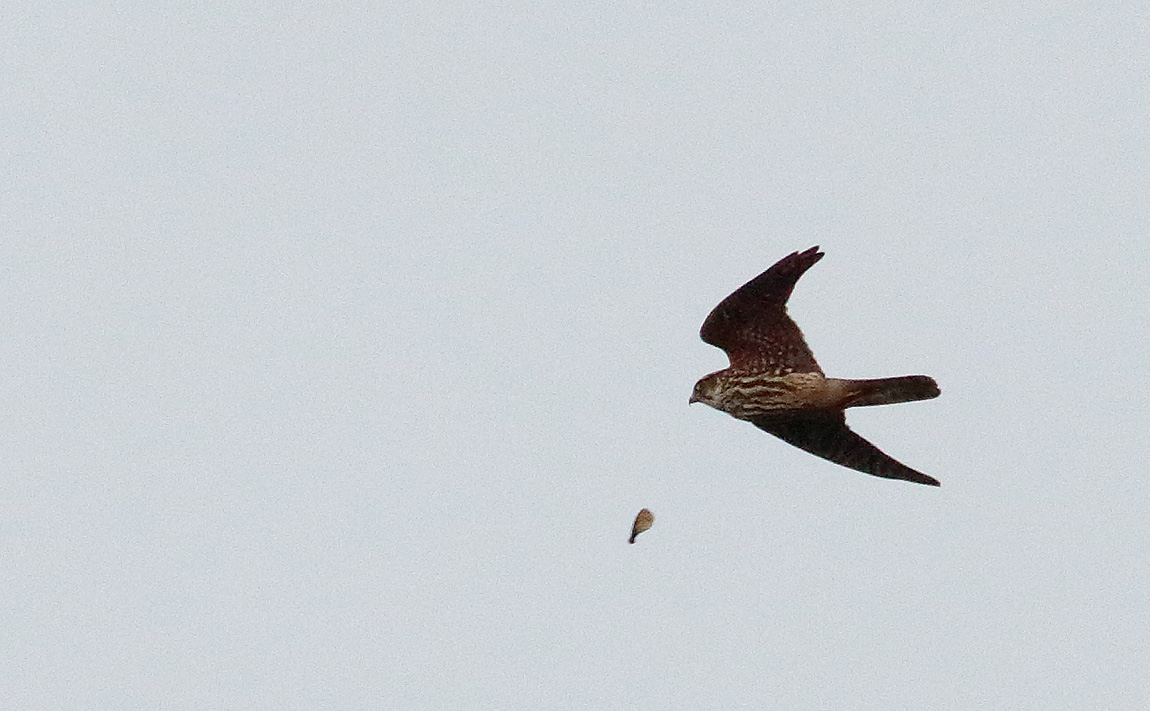 2 Responses to “A Second Bite at the “Craggie””