This morning, 16th December, I decided to call in on my local patch at Staunton Harold Reservoir, as I often do before heading off to work. The last few days I’ve not been able to visit, due to business commitments and customer appointments. I held out little hope for anything good, as most days its just the usual suspects, a few Great Crested Grebe, Coot, Black-headed Gull and Tufted Duck, in fact many, many mornings this is the norm. I pulled up in the car park as normal, wound down the car window and settled down to start looking through the gulls that were perched on the railings of the water draw-out tower.

Immediately a duck on the water caught my attention. It was large, all dark and asleep, it disappeared behind the tower and out of sight from my position and on the very brief view, I thought, looks like a scoter. I gave it a few minutes and then another tantalising view. So I decided to head round the corner to the dam wall gate and view from there. I scanned and very quickly picked up two obvious sea duck, from their jizz and behaviour, but they were distant, my scope was at home and I only had my bins. I was sure I could see a white wing bar on both birds and when one of the two birds sat up and wing flapped, I was sure they were Velvet Scoter. After a quick phone call to Richard James to let him know, I raced off home to get my scope. I was back in around 10 minutes. Quickly back onto the birds and breathing a sigh of relief that they were still present. Sure enough they were both Velvet Scoter, female types and showing well. I put out the news and shortly afterwards, Richard, Keith and Alan were on site and I had to head off to the office. A new bird for Staunton Harold Reservoir and a rare visitor to Derbyshire, last recorded in the county in October 2014, where a female was found at nearby Foremark Reservoir. I managed a couple of “Phonescoped” images, as record shots of the two birds, the best one is below. 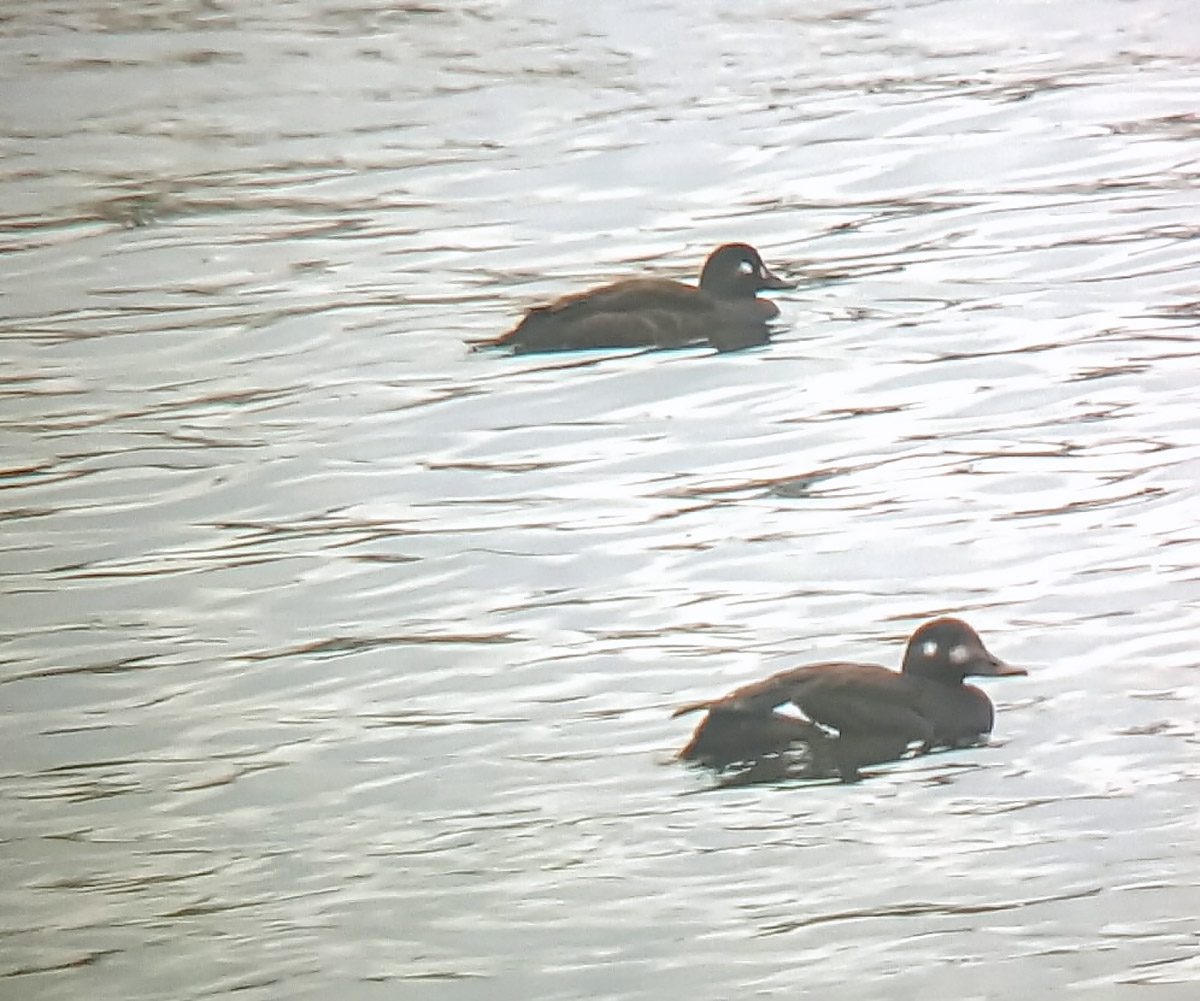