A male Desert Wheatear was found during this past week, in fields alongside the Cleveland Way near Whitby, North Yorkshire. Desert Wheatear often turn up late in the year and are always worth looking at. A trip to the coast had been previously planned for today, Boxing Day, so Whitby very quickly became the destination. I managed to get to see the bird before we spent the rest of the day wandering around this lovely Yorkshire coastal town. Although it showed well, photography was very difficult as the wheatear was always into the sun. It did come fairly close, briefly, during a 45 minute to an hours viewing time that I had on the bird. A great day out. The Desert Wheatear is usually a classic late arrival and an annual vagrant to our shores, from the Deserts of North Africa or the Steppes of Eastern Europe. 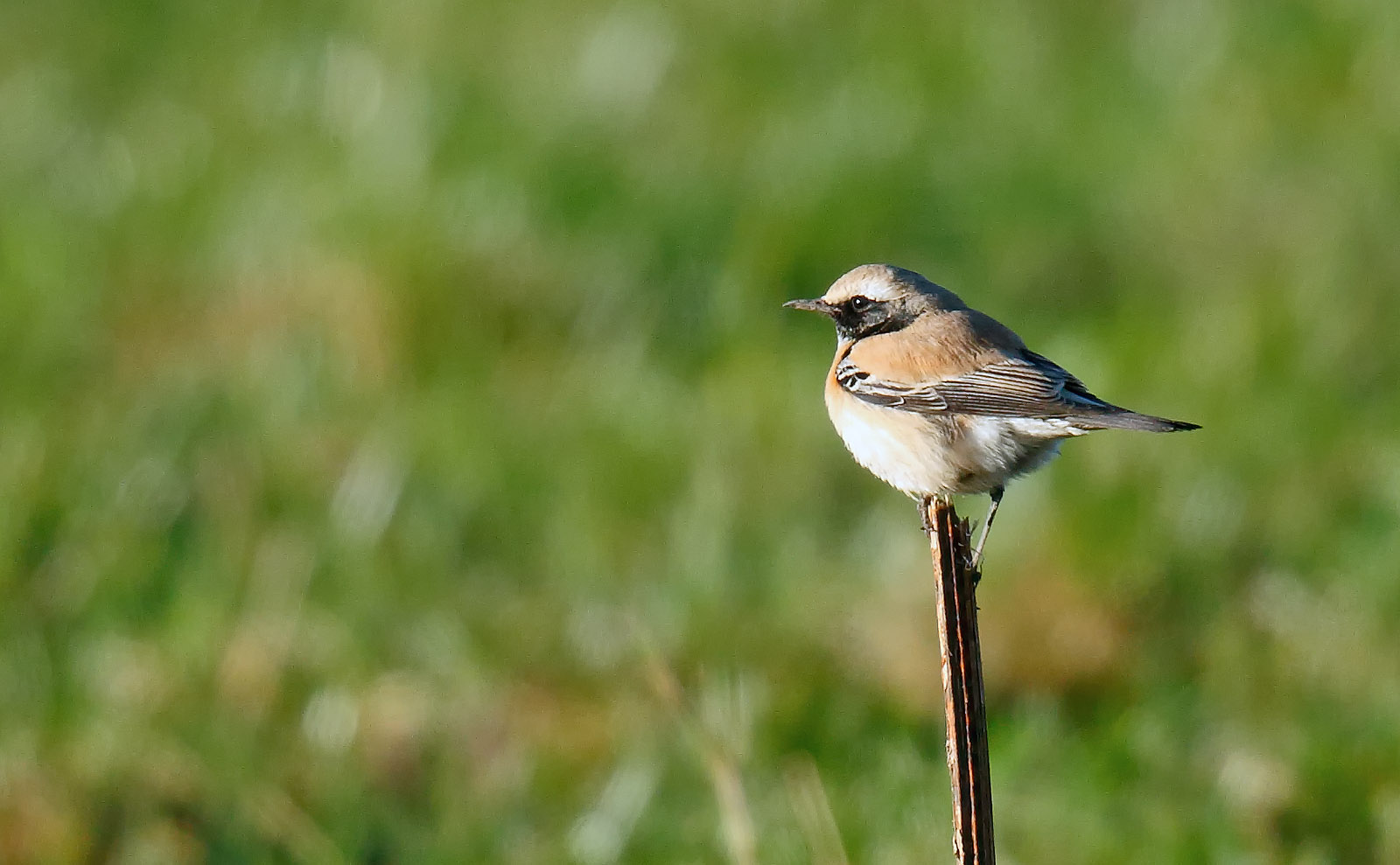