The autumn of 2016 will go down in UK birding history as one, if not, the best periods for the finding of rare asiatic birds in Britain. A continuous stream of mouth watering vagrants seemed to be endless throughout September, October and November. Then just as all the birders thought, that’s the end, a Dusky Thrush appears, in all places, Derbyshire! What’s going on we were all asking ourselves. The bird was identified from photos that were taken and posted on Twitter by a local person, who at first was very wary about putting out the full site details and quite rightly so. Anyway to cut a long story short, the bird was frequenting gardens in the tiny village of Beeley, near Chatsworth, in North East Derbyshire. So it was on the morning of the 5th December, several hundred birders descended on the small village to see this fantastic thrush. The “Twitch” was very well organised and from what I can tell, all birders were very well behaved and respectful of the residents gardens and privacy. A local community centre opened up their back gardens, where the bird was coming down to feed on apples in a small orchard.

Ageing the bird is proving to be rather difficult from what I have been reading on social media, from more experienced birders than me and some that I well respect. Reading the literature it does show features of a first winter and probably a male, due to small white tips to greater coverts, pale fringes and white tips to tertials, rufous brown fringes to the secondaries forming a distinctive rufous brown wing panel and rufous brown to base of tail feathers. However the throat is not a clean white and un-streaked, it appears to be a creamy white and shows fine streaks. I’m not an expert of the ageing of Dusky Thrush, but I would suggest that it is a 1st winter bird, as so often vagrants are, and probably a male based on the rufous wing panel. All about learning!!

A collection was established and the centre put on well wanted Bacon Butties, Chips and Coffee. A fantastic morning and fortunately, the bird performed, albeit for very short periods at a time. Not ideal weather for photos and not as close as I would have liked. I doubt it very much that Dusky Thrush was on any Derbyshire Birders Radar, so an unbelievable county first and my second Dusky Thrush for Britain. It was still present on the 6th December. The Year List is now on 242 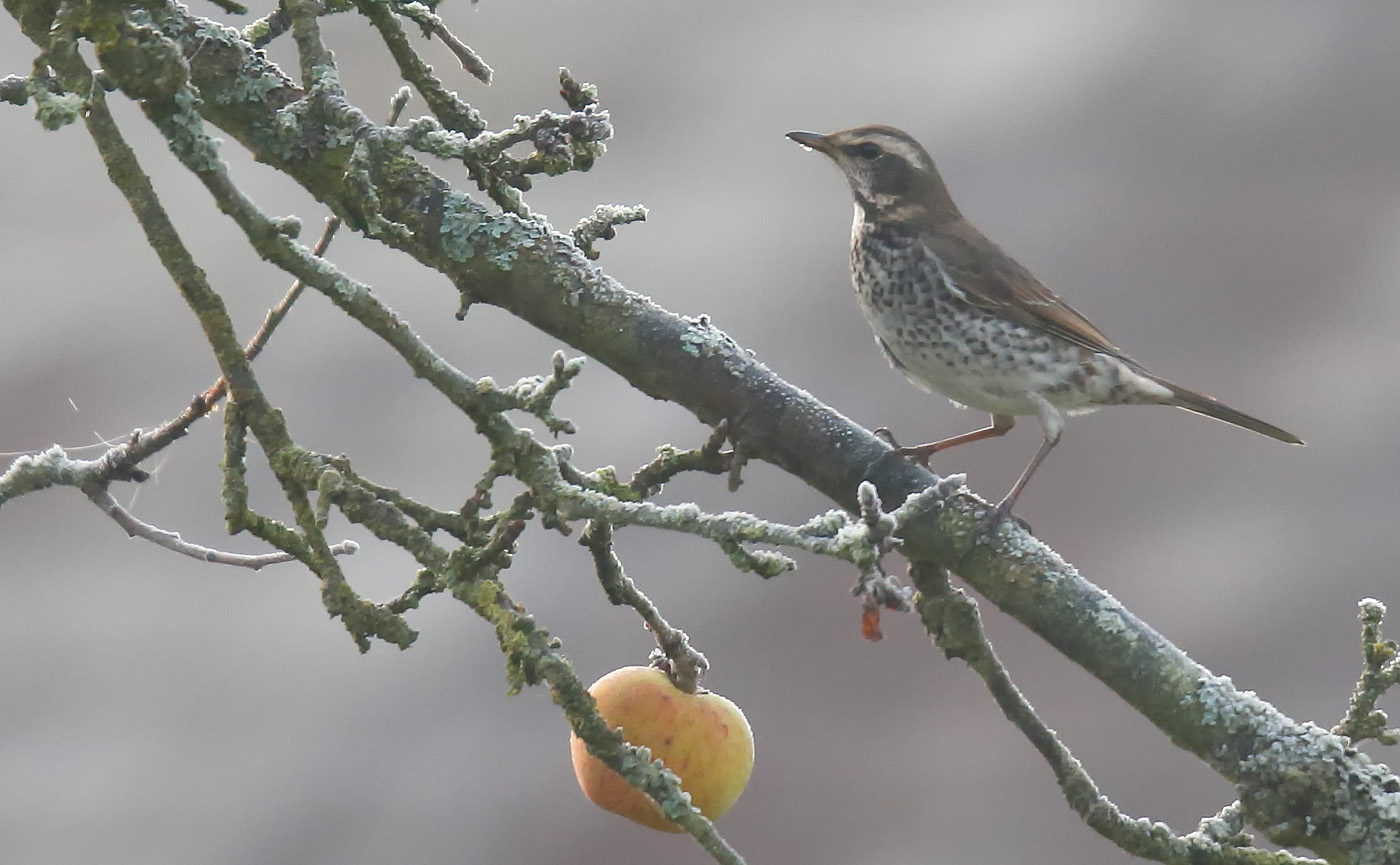 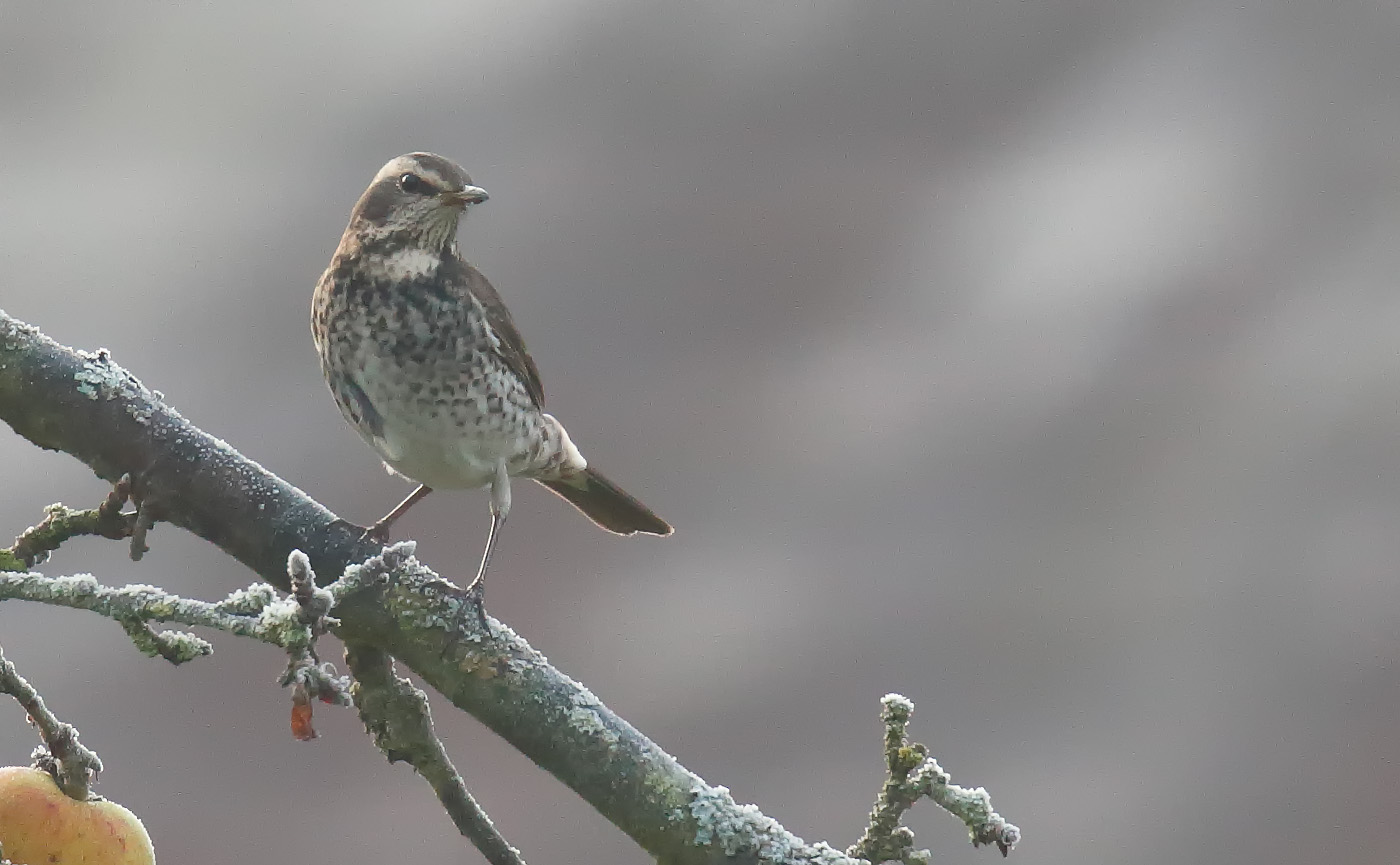 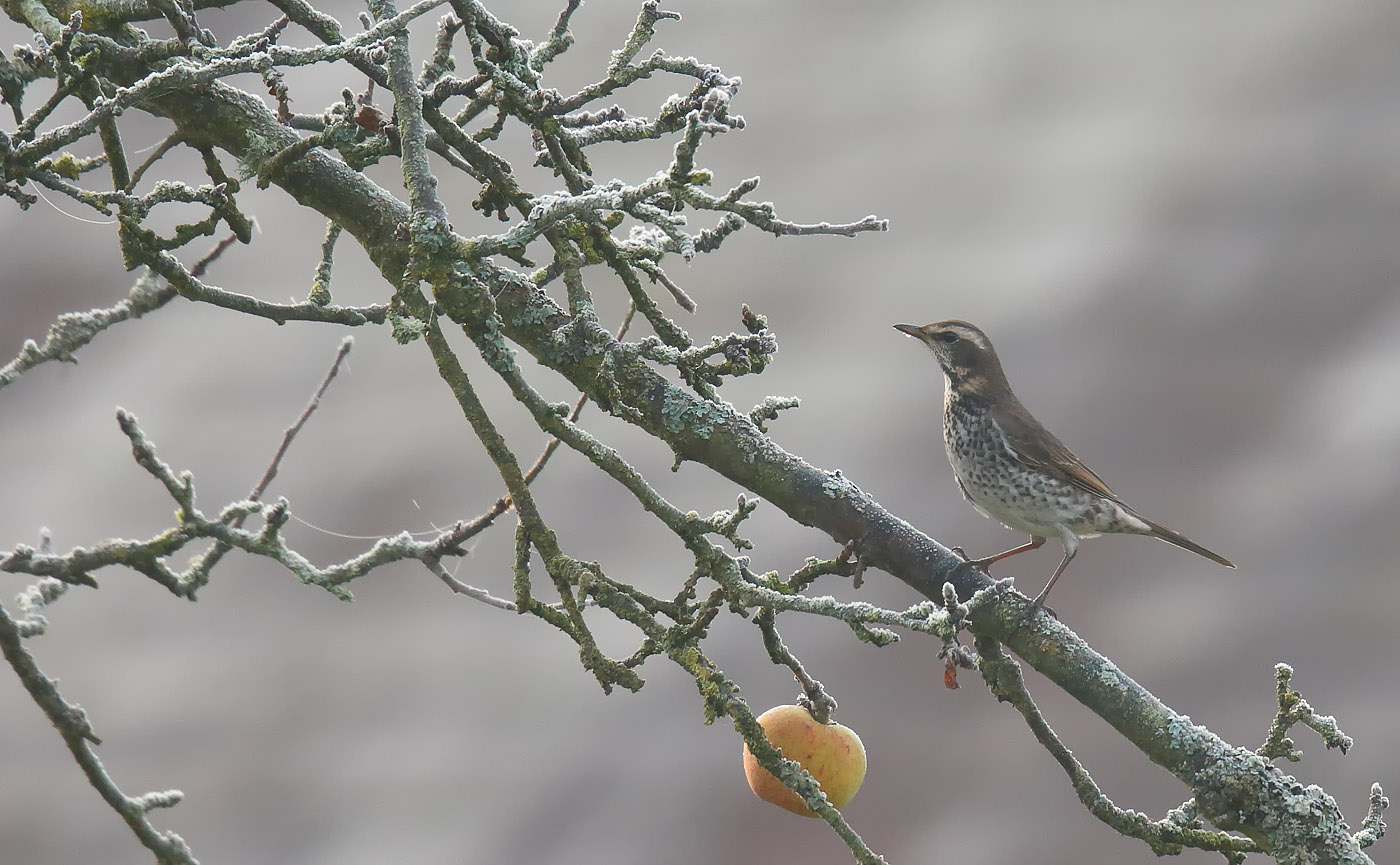 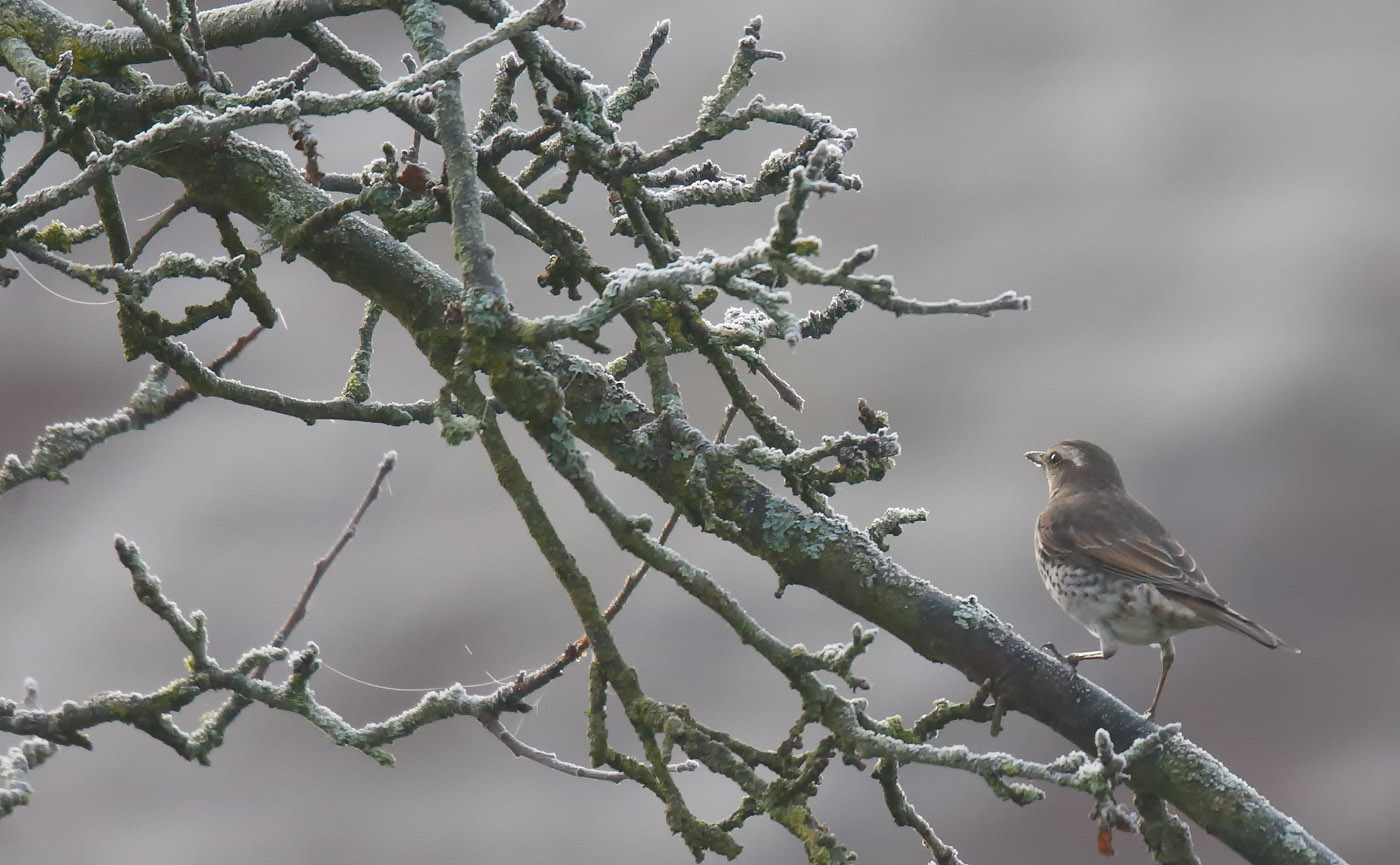