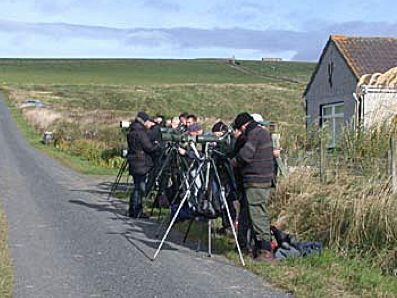 Sandhill Crane – A 3rd record for Britain.
Sandhill Crane – Grus canadensis – Windwick, South Ronaldsay, Orkney – 26th September 2009
An adult Sandhill Crane was discovered in stubble fields in the area of Windwick on South Ronaldsay, Orkney on Tuesday 22nd September, the third record for Britain of this North American Crane. According to the locals the bird had been present for some 2 weeks, undiscovered!. We set off from Derby at 9pm on 24th and arrived John O Groats at 6:30am on 25th. We travelled as foot passengers on the ferry to Burwick and after sorting out a taxi on route, we were watching the bird at around 10am – Pheww what an epic journey and what a relief.
Despite the bird being some distance away, it showed very well. The whole atmosphere of Orkney, the location, the superb weather and the general quantity of birds around, all added to the day and the experience. In the general area there were flocks of freshly arrived Pink-footed Geese, a Hen Harrier, Merlin, Hooded Crow, real Rock Doves!! 2 Greenland White-fronted Geese and many swallows passing through, taking advantage of the warm sunshine. This was my third “Twitch” to Orkney and probably the most memorable one. A small flock of Twite were around the harbour as were several “Tysties” (Black Guillemot), Eider & Grey Seal.
On the journey back to the mainland we had a Leach’s Petrel, Storm Petrel and numerous Bonxie, Puffin & Guillemot.
A superb few days birding. 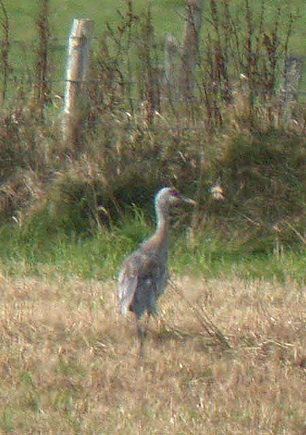 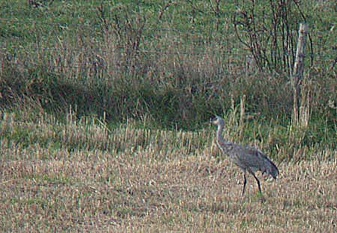 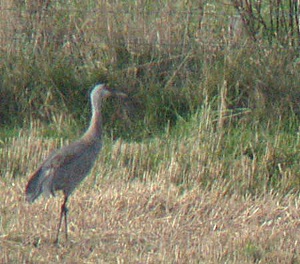 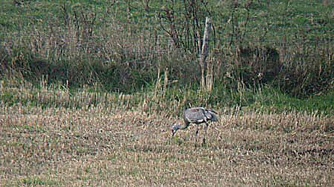