It was a very dull grey and cold morning as we stood on the bridge over-looking the river Derwent at Cromford.

Suddenly it felt like spring as a Dipper burst into song and then four birds began staking out their territories and either side of the bridge Dippers were singing. Several Goosander were back on the river and a single Hawfinch put in a very brief appearance before disappearing over distant woodland. Much more snow up in the north as back home it had nearly disappeared. We decided to head back into Derby and spend some time looking for a small flock of Waxwings that had been reported in Allestree on Saturday. Plenty of Redwings were putting on a show in the local shopping centre Car Park but alas no Waxwings.  We got news of a large flock of Red Crested Pochard at Long Eaton Gravel Pits and so we decided to head off there. 19 all together in Derbyshire is probably a county record and was a pleasant sight to end the day.
So a couple of year ticks moves my year list on to 134
IMAGES – No: 1- Red Crested Pochard – 19 is probably a county record / Nos: 2-5 – Redwing. 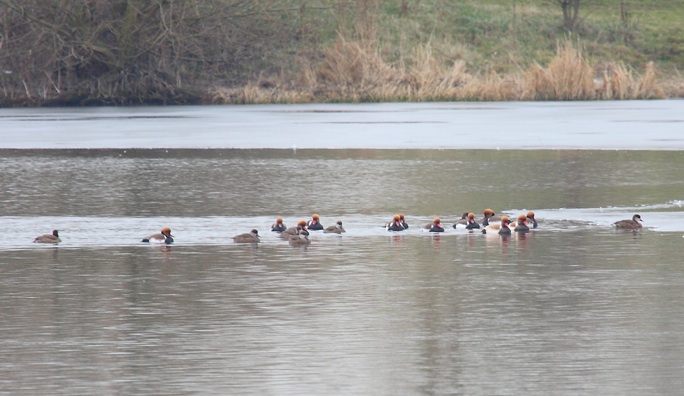 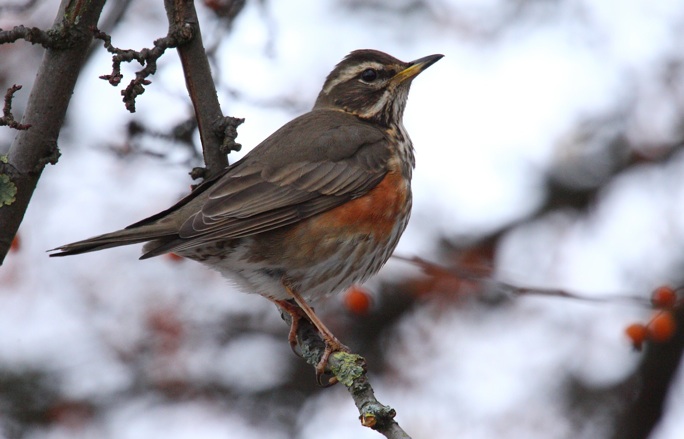 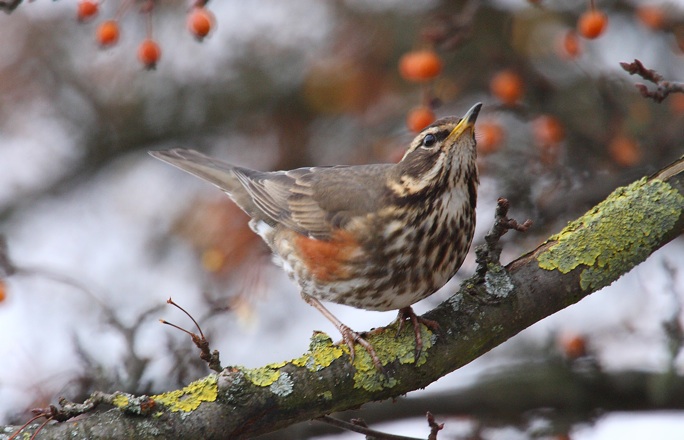