I discovered that Martin Garner was running one of his successful Gull Master Classes at Stubbers Green, near Walsall, West Midlands on 18th February, so I decided to register and join in the fun!! 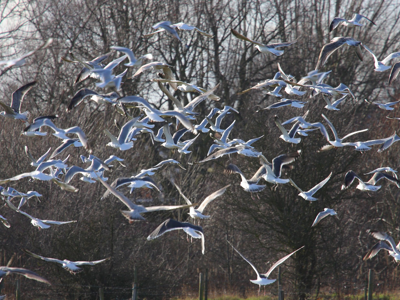 I was not to be disappointed. (Further information at http://birdingfrontiers.com).
Martin has a unique way of passing on his knowledge and expertise when it comes to gull identification. After an initial intro to the party of 10  enthusiastic birders, we were soon staring down our telescopes, picking out various 1st winter & adult Large Gull species. The idea of the day was not to look for that ever elusive rarity, but to concentrate on ageing the common gull species such as Herring Gull / Lesser Black-backed Gull and Greater Black-backed Gull and with luck a rarer species might just “Pop-Up” and sure enough it did.
The weather conditions were not ideal in the morning – horizontal rain, hail and a howling gale.
After a brief stop for a Bacon Butty & a cup of tea, the weather cleared and the rest of the day was ideal. During the afternoon session we discovered a 1st winter Yellow Legged Gull and what was most probably a 2nd winter Caspian Gull, although some features were not 100% and so it was probably a Caspian Hybrid.
I certainly improved my skills in identifying the Northern Herring Gull taxon – Argentatus Herring Gull.
I have often believed that many Yellow Legged Gull records from Reservoir roosts, especially during the winter period relate to Argentatus Herring Gulls. They appear as a large dark mantled often white-headed Herring Gull type and these can easily look similar to Yellow Legged Gull. The key to identification is to study the primaries closely, especially P10 & P5 and to look even closer at the primary tips and “mirrors”. I will be taking extra care the next time I do a winter Gull roost.
We finally finished the day at the Chasewater Reservoir gull roost and managed a 2nd winter Iceland Gull and a 2nd winter Yellow Legged Gull in amongst the thousands of Herring Gull; Lessers & Greaters, Black-headed Gulls and Common Gulls. A wonderful day and a fantastic experience. Thoroughly recommended if you want to improve your gull ID skills. Some of my results are below.
IMAGES – No:1 Stubbers Green / No:2 Adult Argentatus Herring Gull ./ No:3 1stw Argentatus Herring Gull / No:4 1stw Yellow Legged Gull 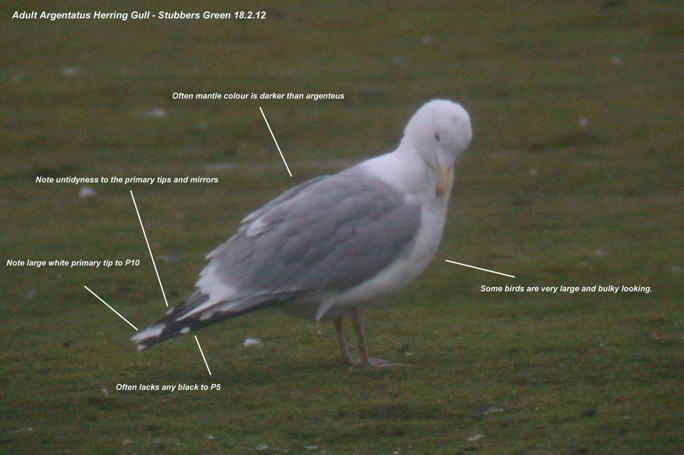 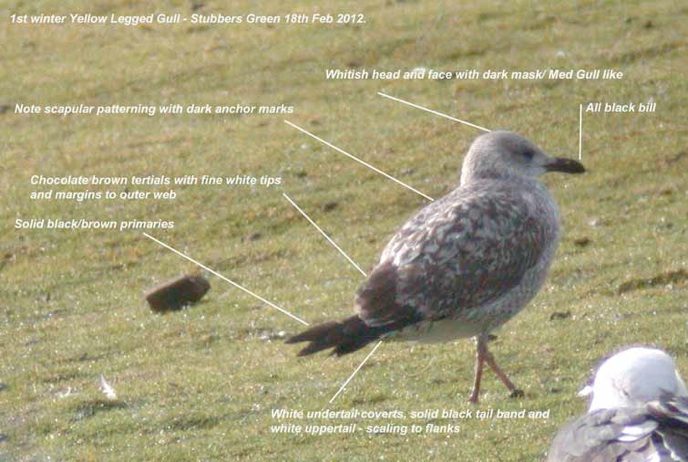