We arrived at Blackdog, Aberdeen at around 2pm on Friday 21st September 2012.

A vast flock of Scoter and Eider duck were on the sea and after some careful searching, I eventually located the eclipse drake Surf Scoter amongst Common & Velvet Scoter. There were also numerous Red-throated Diver, 2 Arctic Skua, 7 Whooper Swan at sea, several skeins of Pink-footed Geese flying south and a fly-by Turtle Dove of all things. The trip had got off to a great start.
We were ready for another week, birding on the island of Unst, Shetland. The island of Unst is locally named as     “The Island Above All Others”, a very apt name for this remote and stunningly beautiful place.
Highlights of 22nd September 2012. We arrived off the Aberdeen – Lerwick Ferry at 7.30pm, having seen, at extremely close quarters, a Storm Petrel roosting on the ferry during the crossing. 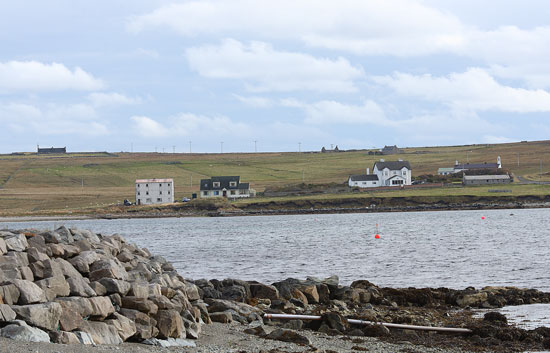 Uyeasound, Unst.
The weather predictions for the week ahead appeared to be good for drift migration and we were keen to get to our Croft at Northdale. As there was very little in the way of rare birds on Shetland Mainland to wet our appetite, we decided to stock up on provisions at the local Tesco in Lerwick and then head North. We eventually arrived at Northdale around mid morning. As soon as we arrived I noticed a Pied Flycatcher in the garden, a migrant, wonder what else is around. The car was quickly unloaded and the next three birds that I found were Yellow-browed Warbler, Common Rosefinch and a Barred Warbler, one after the other, WOW – what is going on here…. 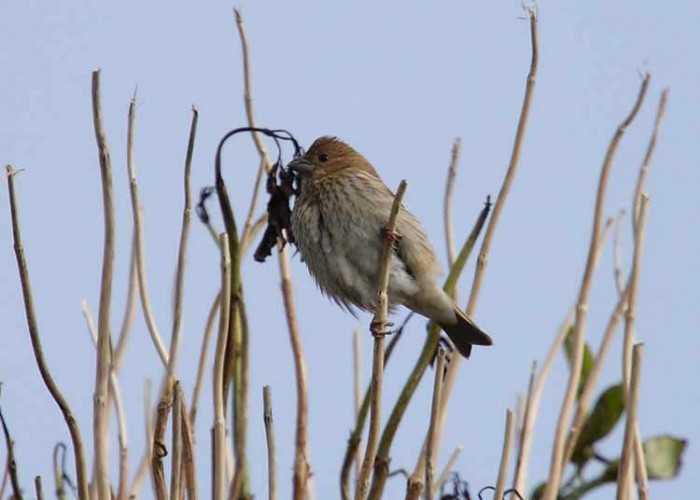 Common Rosefinch – Northdale, Unst.
Within the next hour, we walked straight on to a Great Reed Warbler at Valyie, also here 10 Common Redpolls, 3 Lesser Whitethroat. During the rest of the day we had a Common Whitethroat and 2 Common Redpolls at Skaw, a Wood Warbler at Haroldswick and another Pied Flycatcher here. Not a bad first day. 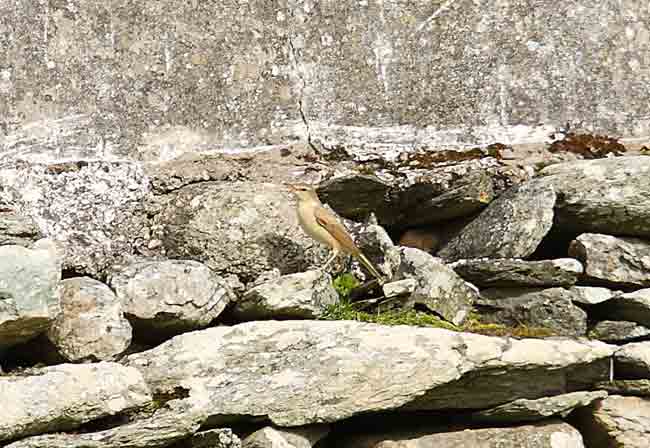 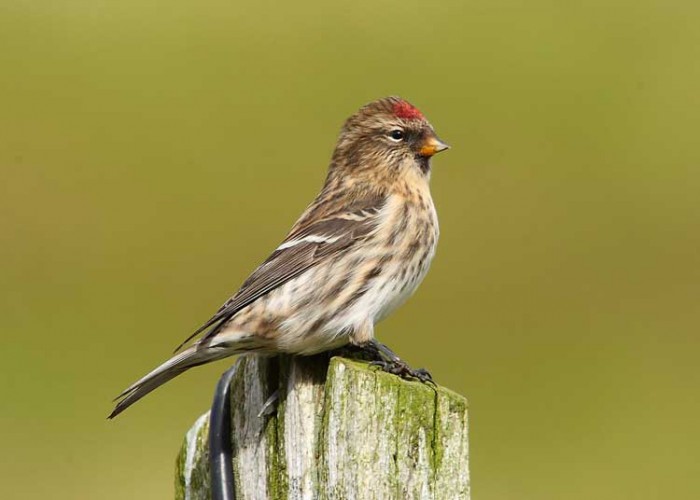 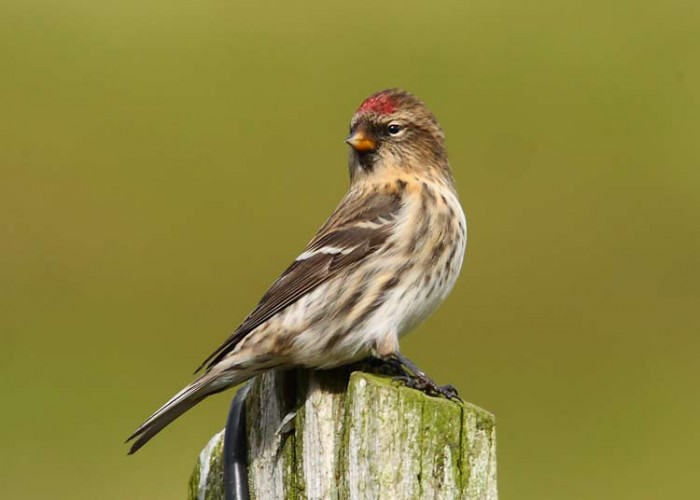 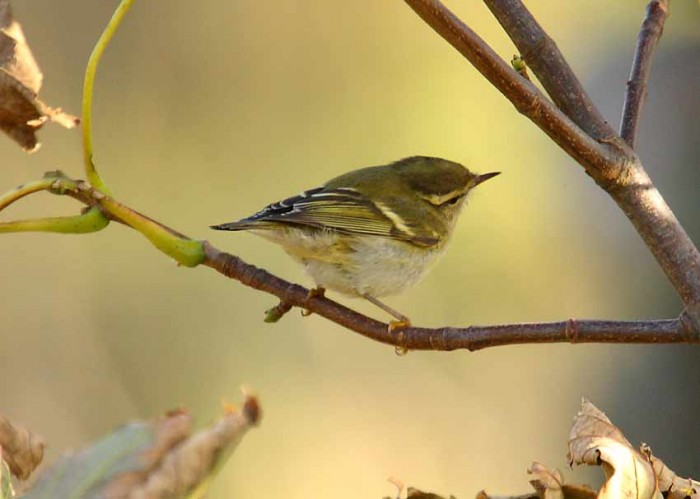 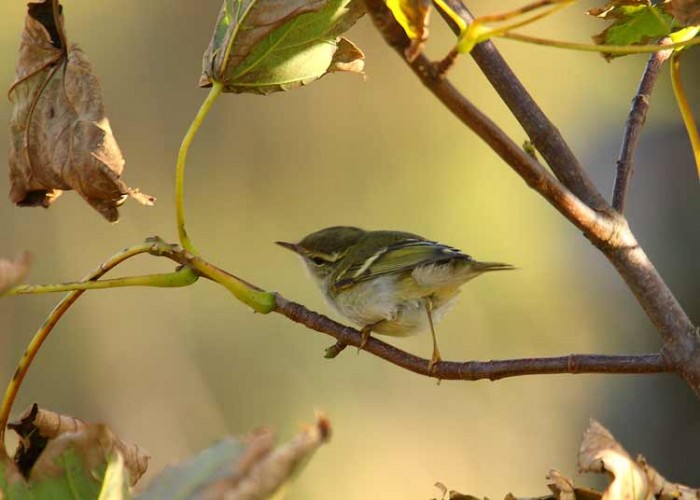 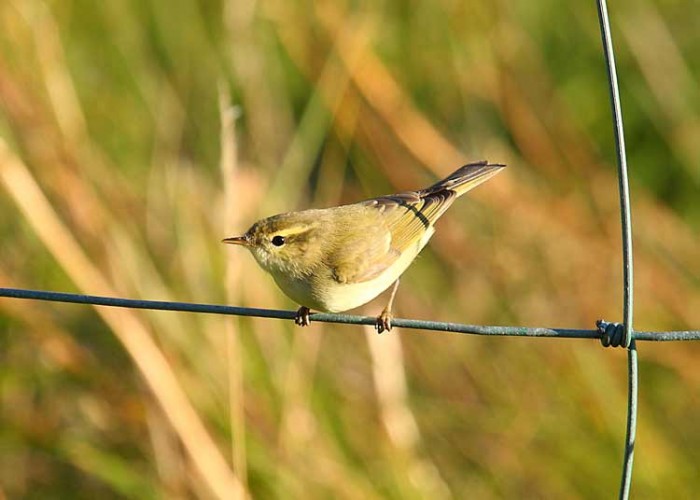 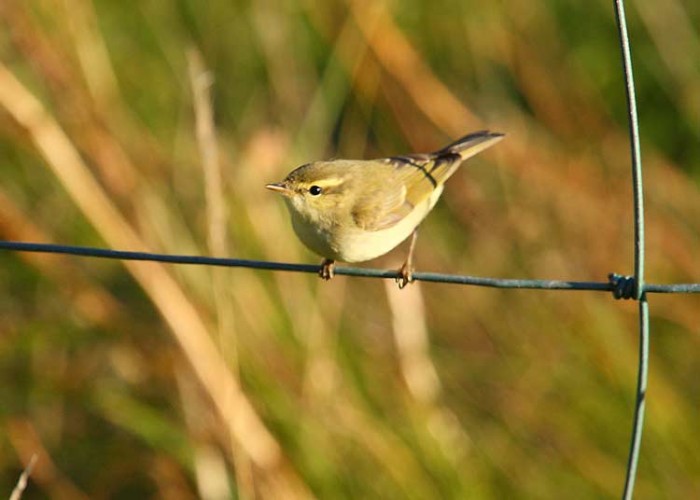 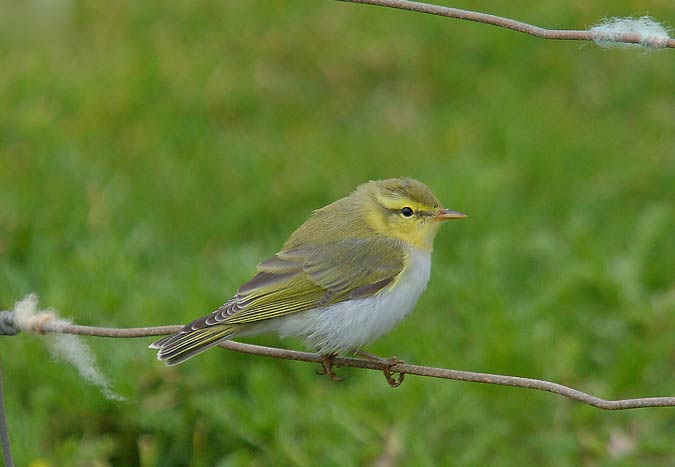 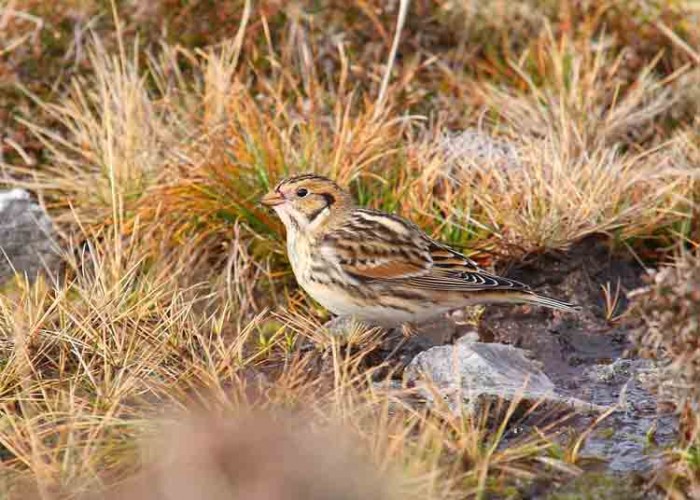 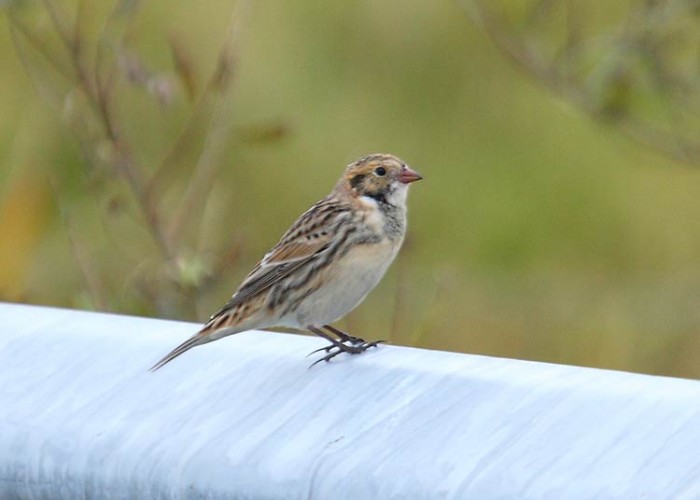 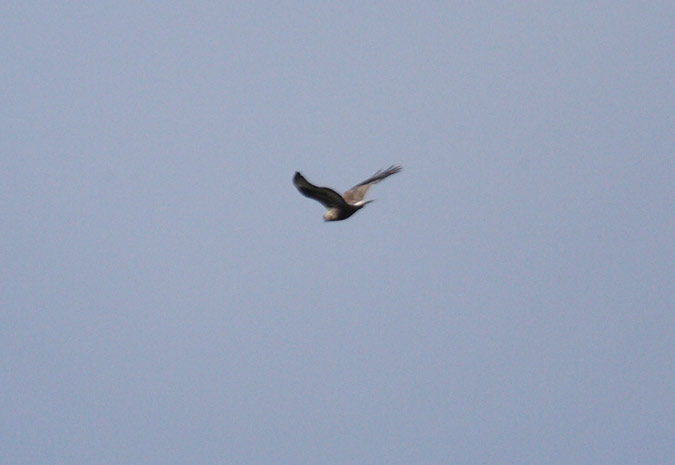 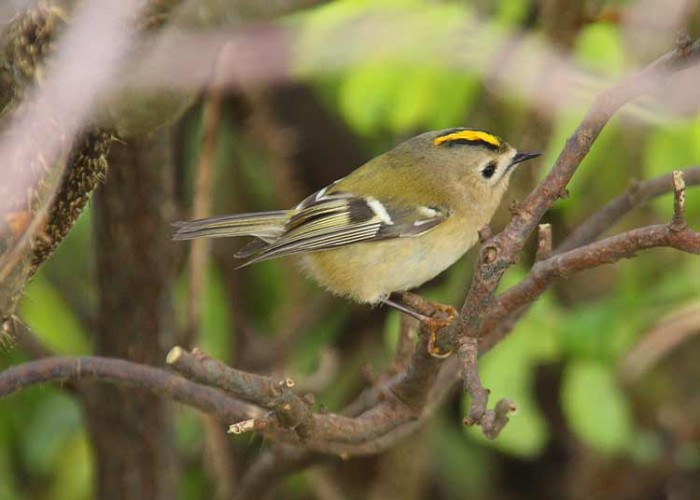 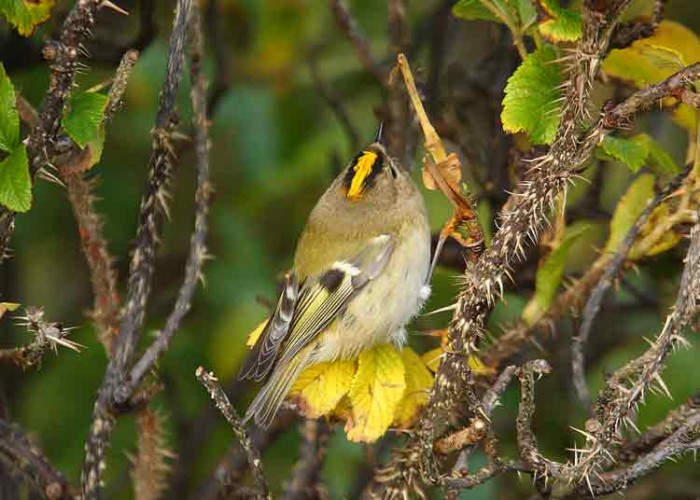 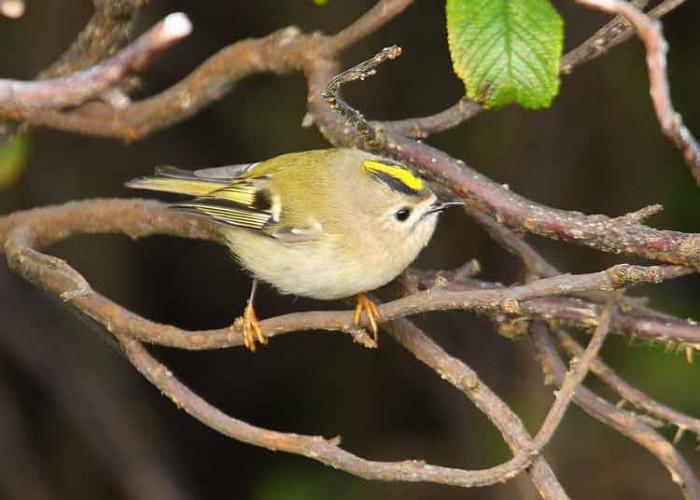 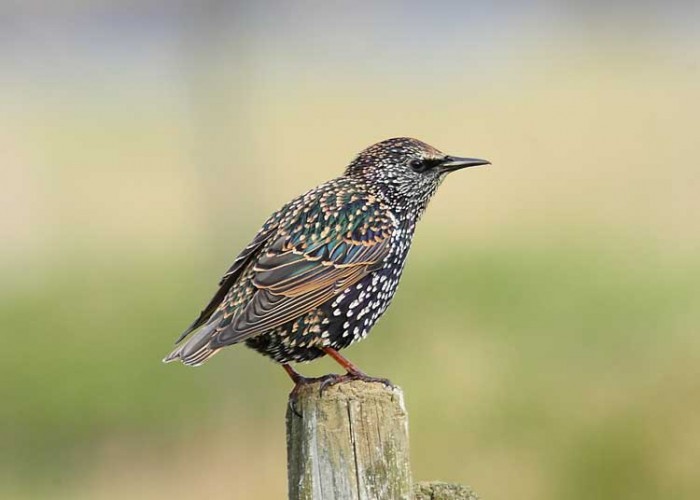 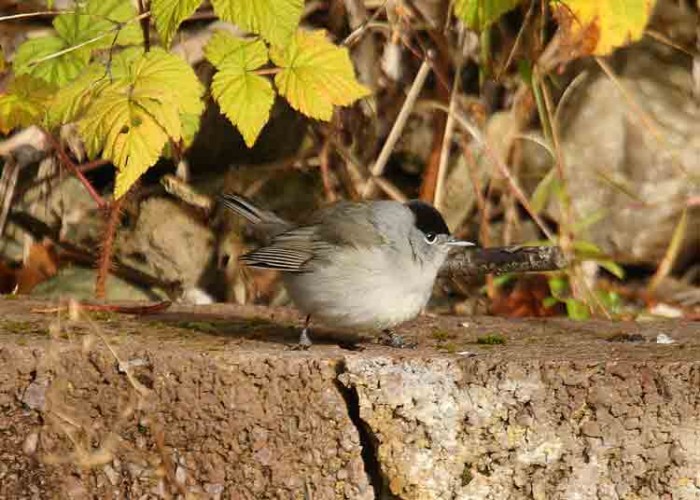 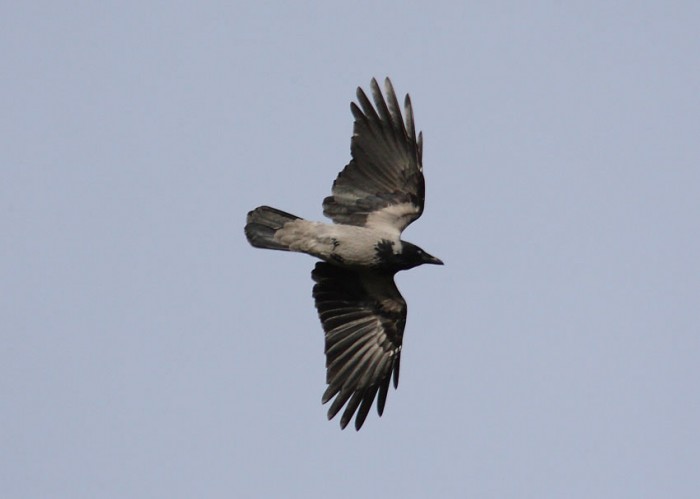 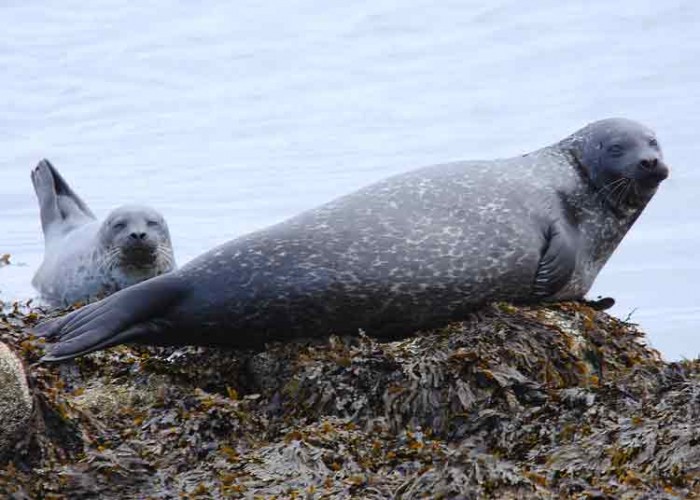 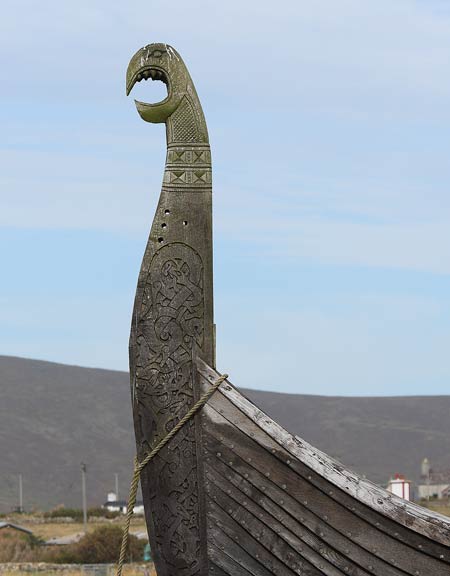