Sunday 13th October 2014 and in foggy conditions Glyn, Richard and myself set-off for Donna Nook on the North East Lincolnshire coast. Our target bird was an Arctic Warbler that had been discovered on Saturday 12th October 2014. It is not very often that an Arctic Warbler is discovered away from the Shetland Isles and Isles of Scilly, where they are traditionally found most autumns. After a two hour drive, we arrived to fine sunny weather and the bird was posing nicely in hawthorn bushes not far from the car park. After several hours watching the bird, we decided to head off for a celebratory pint and some food at a local pub. Just as we had arrived at a nearby pool looking for a Slavonian Grebe, the pager went off and a Radde’s Warbler had been found at, YES, Doona Nook. So a hastily 15 minute drive back and a good 10 minute walk and we were soon watching a stunning Radde’s Warbler. A nice bonus bird, especially as one had been discovered earlier at Flamborough Head, further along the coast into Yorkshire.

So two really good vagrant Siberian warblers, at the same site, same day – exceptional. Needless to say not much else about but some really good movements of Brent & Pink-footed Geese. Year List moves on to 227. 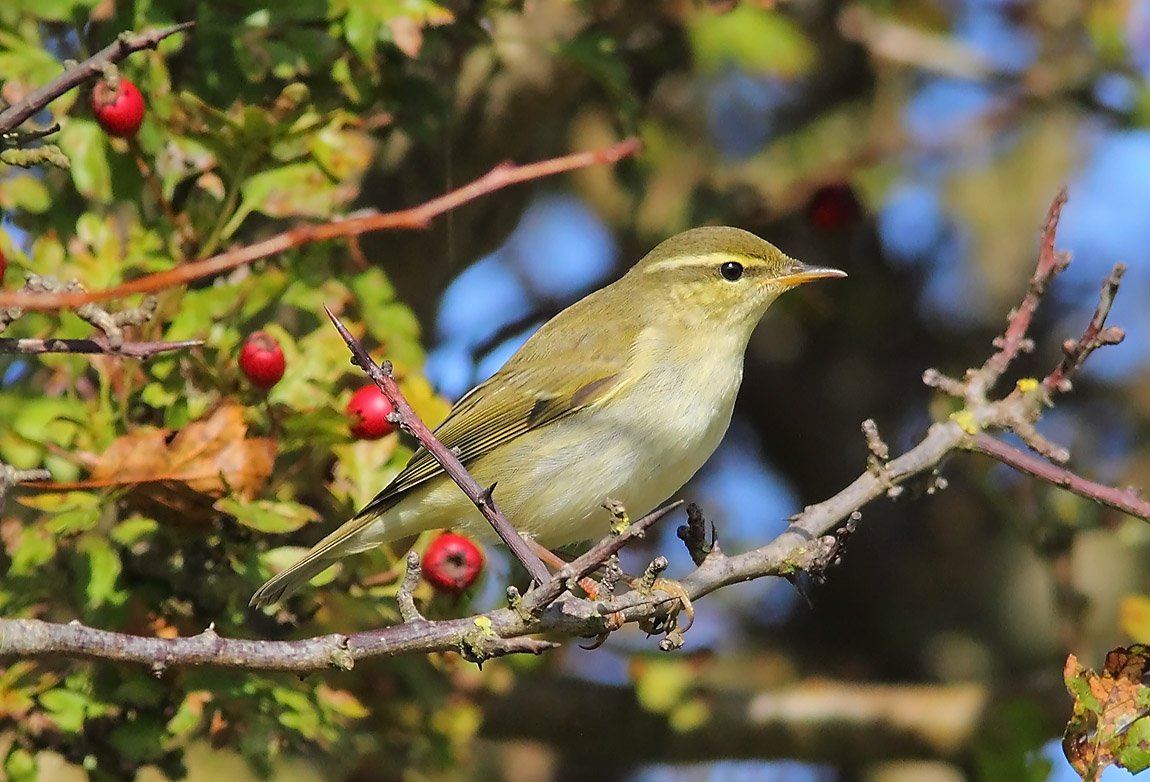 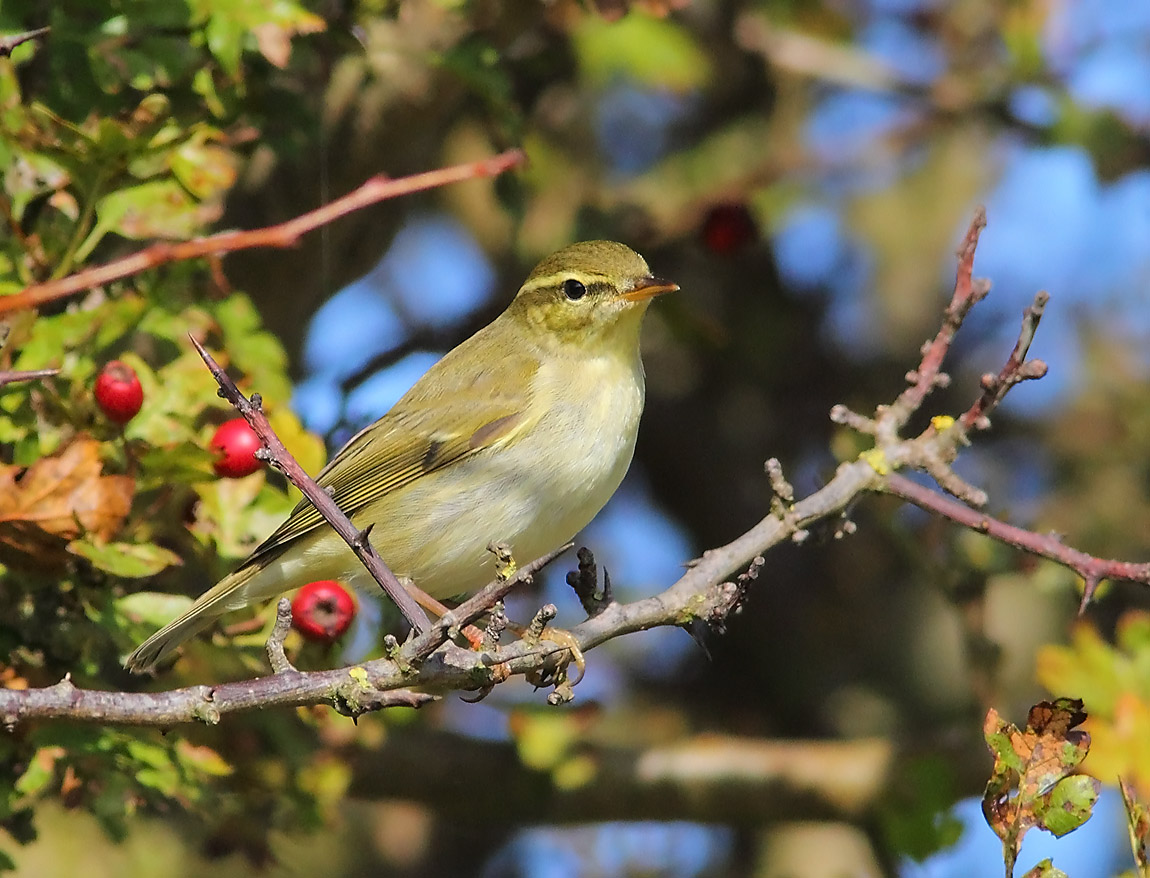 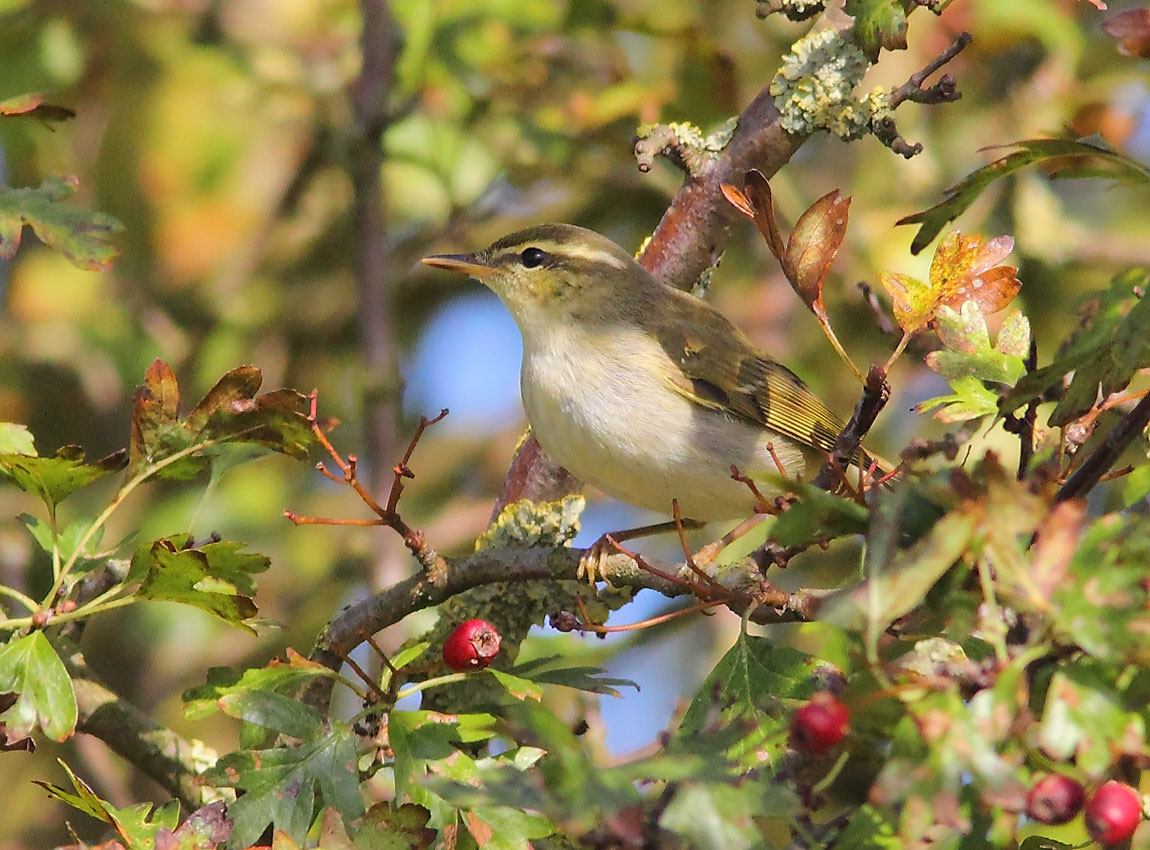 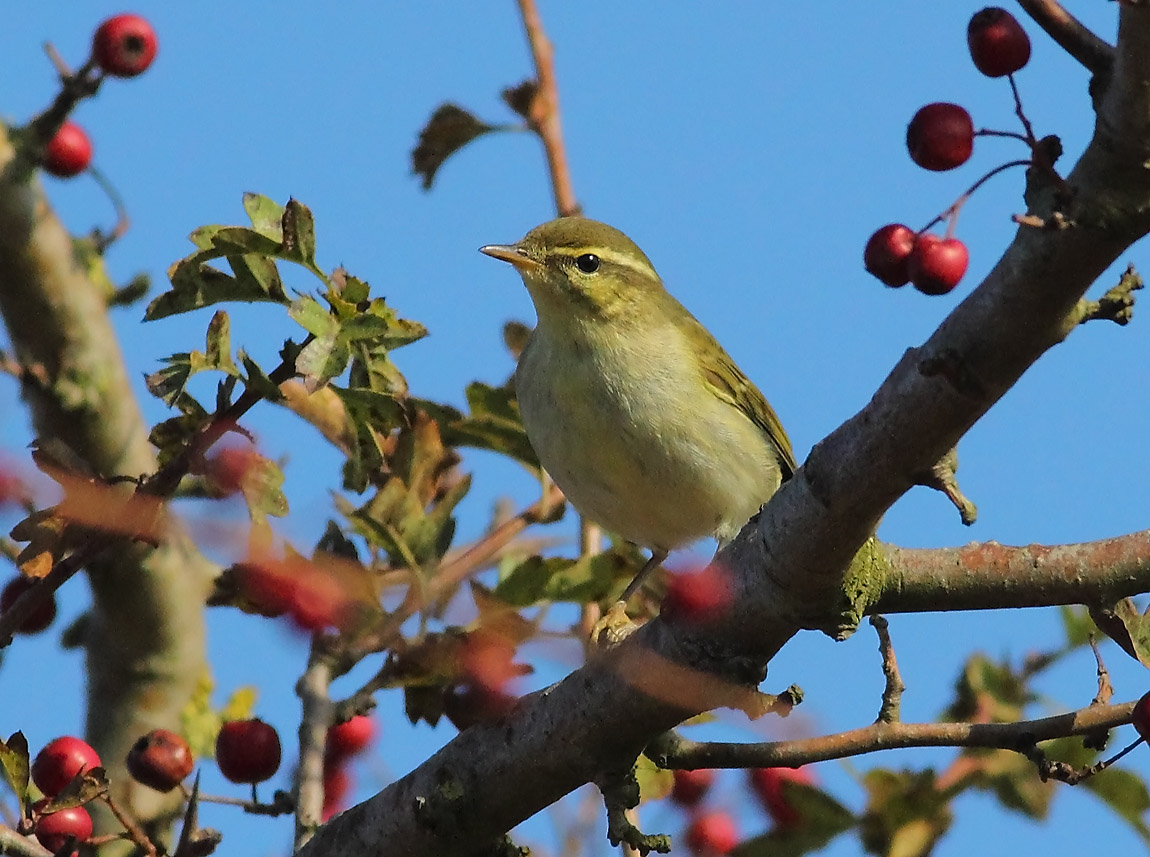 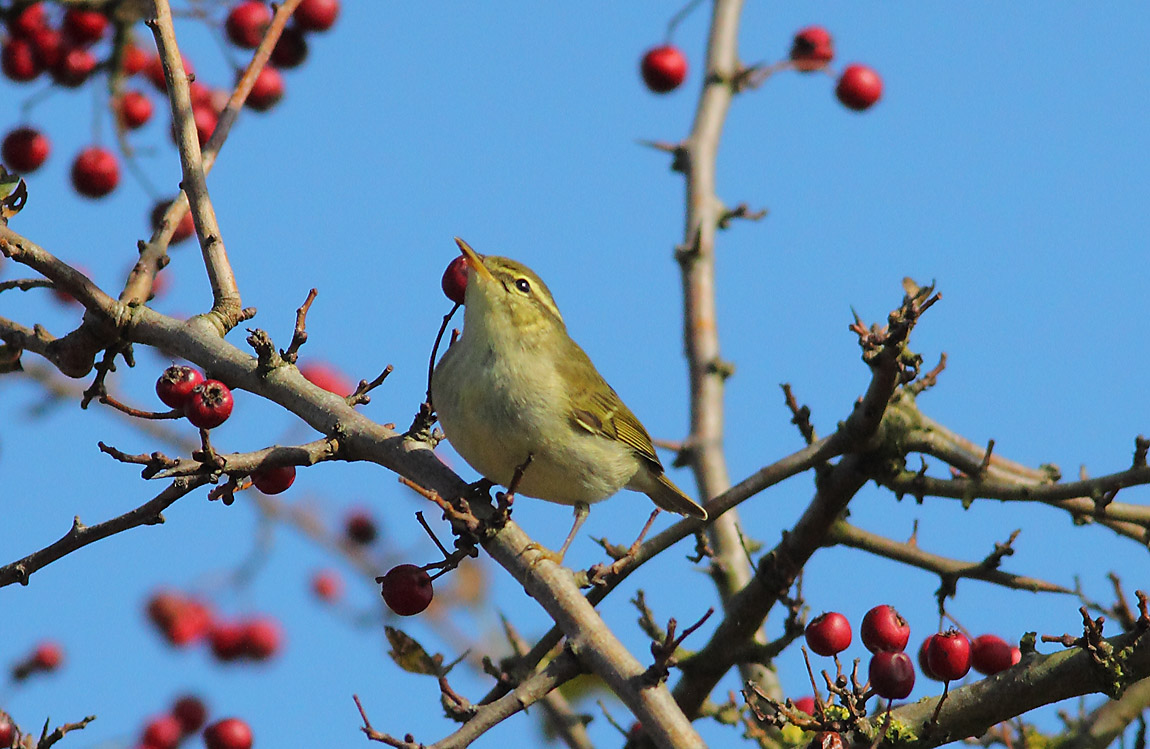 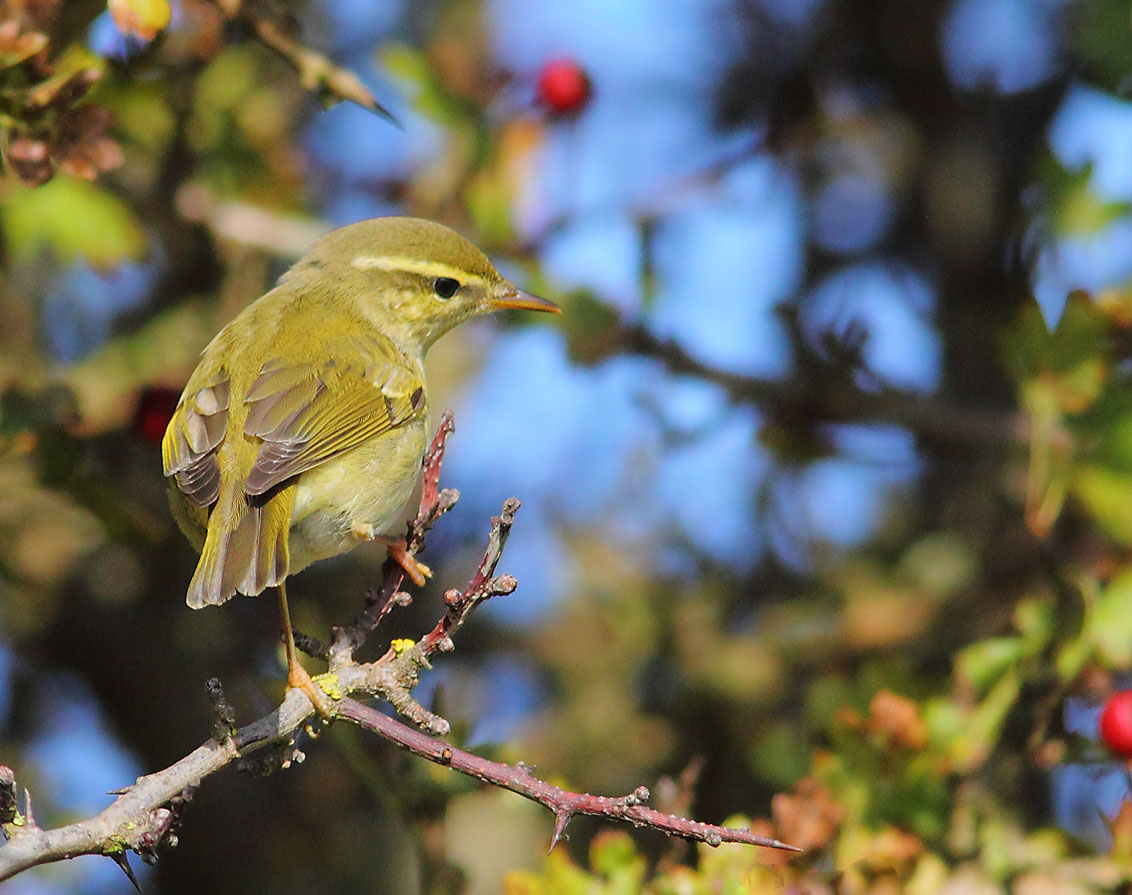 Radde’s Warbler – Another Siberian rarity that was found just a few hundred yards away from the Arctic Warbler – A little skulker, difficult to photograph due to distance involved whilst watching the bird. 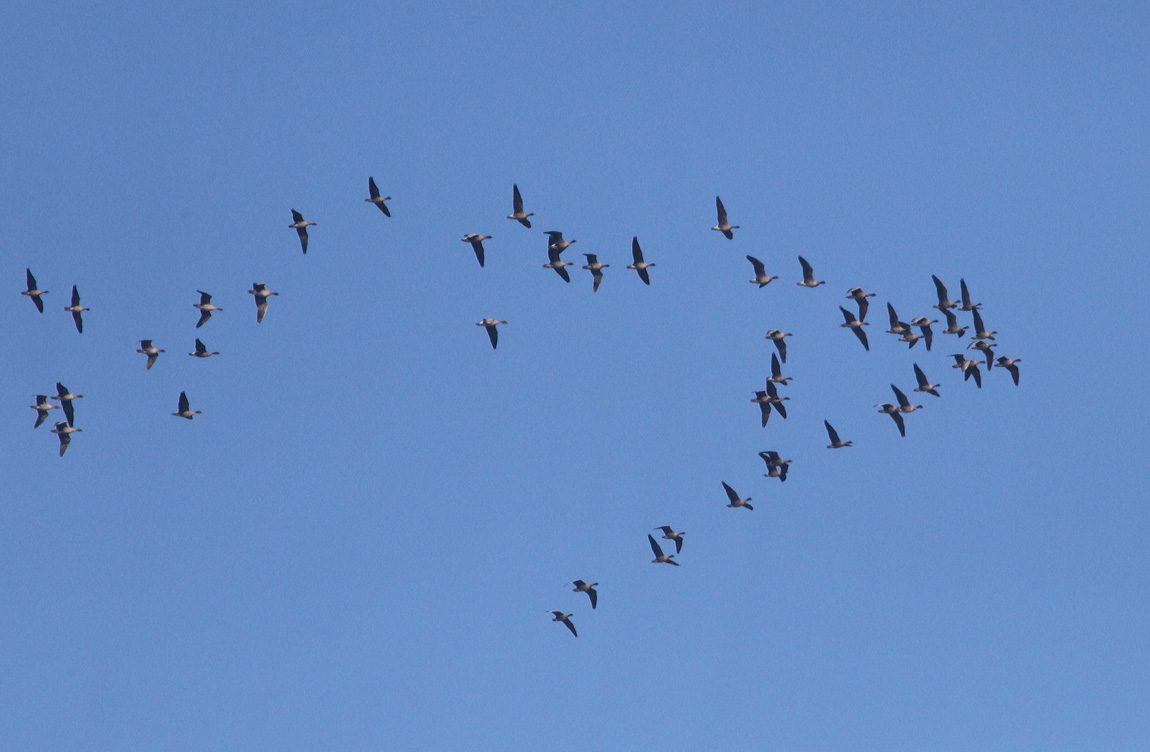 Pink-footed Geese – A sign of winter – always a beautiful sight, to see these birds moving during fine sunny weather. 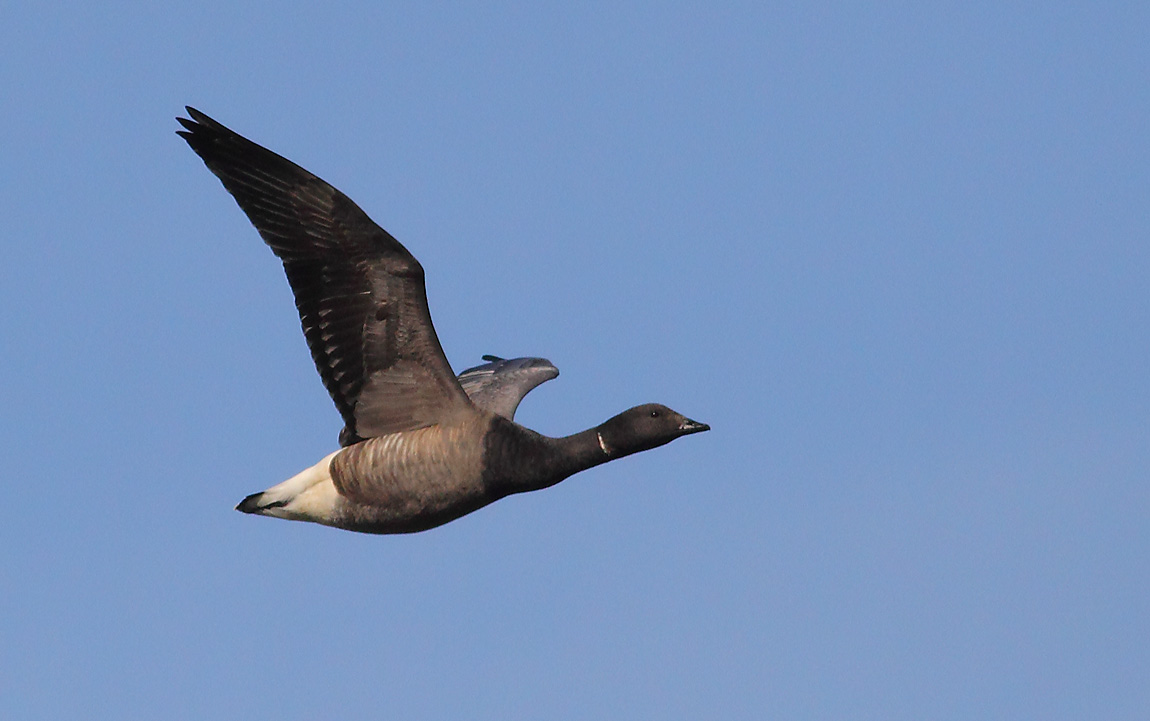 Brent Goose – Plenty of these on the salt marsh at Donna Nook.