A juvenile Surf Scoter was discovered at Rutland Water a few days ago, another rare sea duck on an inland water. I decided to go and see it this morning (30th Dec) as it was another opportunity to observe a rare scoter at close quarters. Juvenile Surf Scoter are simply dark brown with several small off-white facial spots. One just below and to the rear of the eye and one at the base of the large, broad and deeply triangular shaped bill. The lack of a white wing bar helps to eliminate Velvet Scoter. The weather this morning was terrible off the dam wall with thick fog and so I was only able to get a record shot of this superb bird. Later in the morning at the north end of the reservoir, the sun came out briefly and visibility was much improved. From the north arm there were 3 Great White Egret, a drake Green-winged Teal and a Slavonian Grebe amongst the thousands of common waterfowl present. So, my 2016 Year List finishes on 242. I had two British Ticks during the year – Western Purple Swamphen and Siberian Accentor. I wonder what 2017 will bring in a new Birding Year?.. 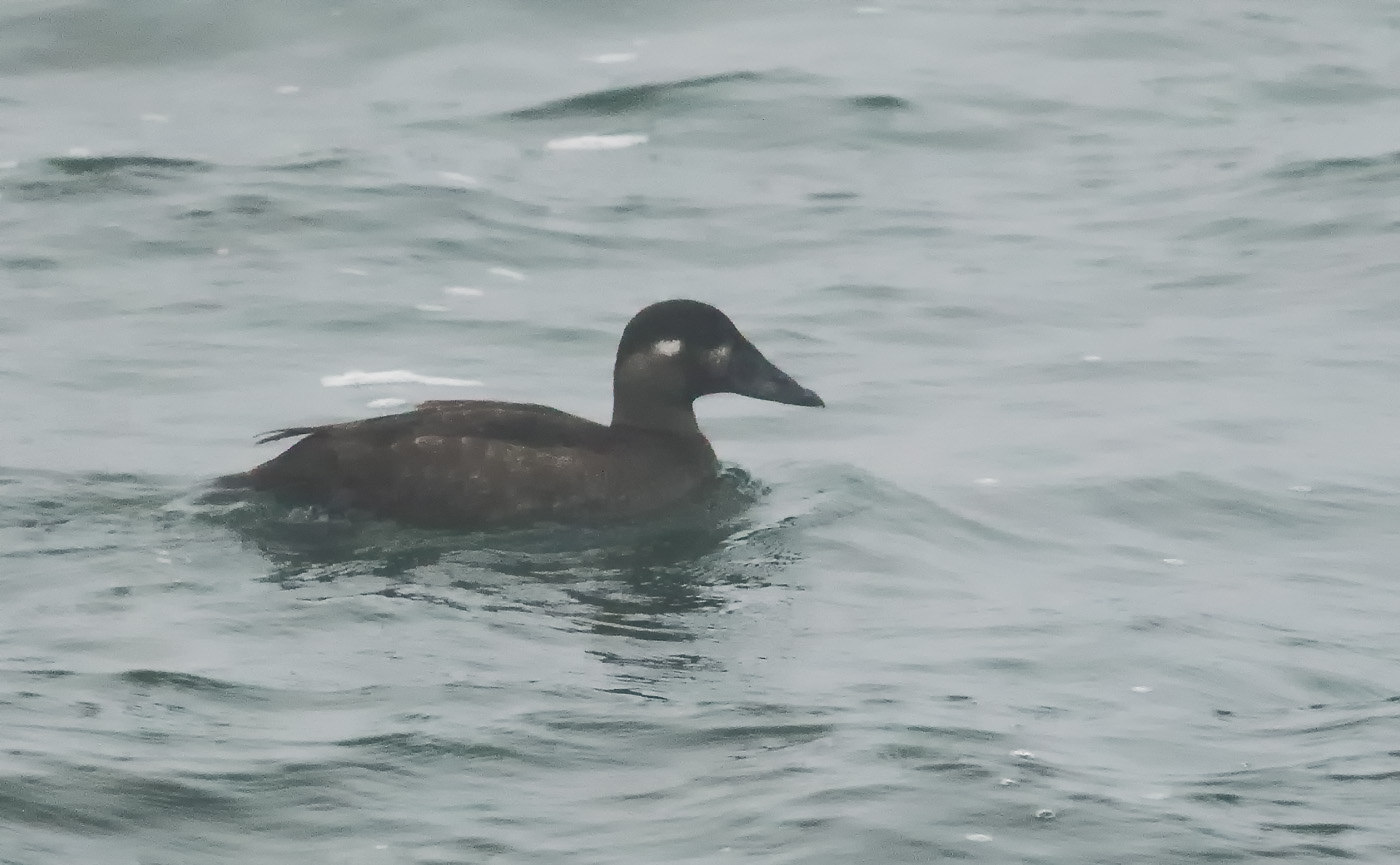