We were certainly in no mood for “Fooling Around” this morning!! 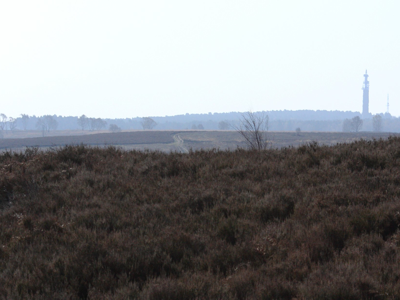 Cannock Chase is only around 45 minutes drive from home and offers some good birds that are relatively on my doorstep. Providing, of course, you know where to go looking for them. It is a vast area and there are many access roads leading to all corners of this heathland habitat in the middle of Staffordshire. We were soon listening to the glorious song of the Woodlark and after putting in some time, we were eventually rewarded with good views of Dartford Warbler.
Numerous small parties of Common Crossbill seemed to be everywhere. Also several Stonechat, Great Spotted & Green Woodpecker, Jay and a few Chiffchaff were also seen.
Also a new moth species for me, Orange Underwing. These day flying moths can be difficult to photograph, as they usually spend their time high up in Birch Tree Canopy, rarely coming down to the ground.  The male that I photographed was discovered in dry grass and later in the morning I saw one typically flying high up in Silver Birch trees. The warm spring sunshine had obviously played it’s part in getting these males on the wing.
Whitemoor Haye in South Staffs is now one of the last places close to home, where I can see
Corn Bunting. Even here it is now practically absent with one singing bird. Also here several Little Owl and a few migrant Northern Wheatear. A few Small Tortoiseshell & 1 Peacock were firsts for the year.
So, 4 more year ticks to bring my total up to 153.
IMAGES – No:1 – male Orange Underwing / No:2 – Small Tortoiseshell / No:3 – male Yellowhammer / No:4 – Corn Bunting / No:5 – male Common Crossbill / No:6 & 7 – Woodlark 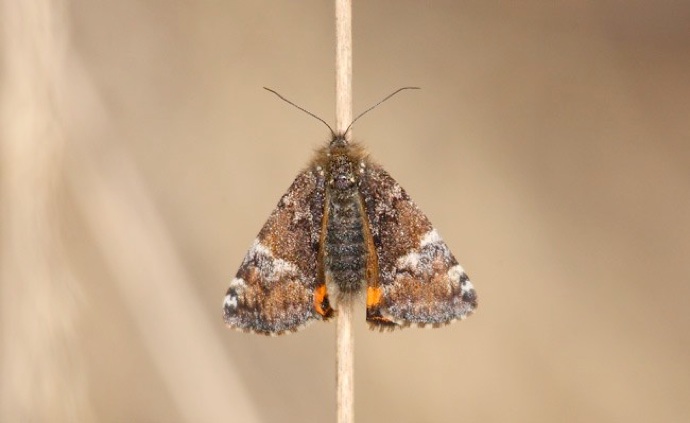 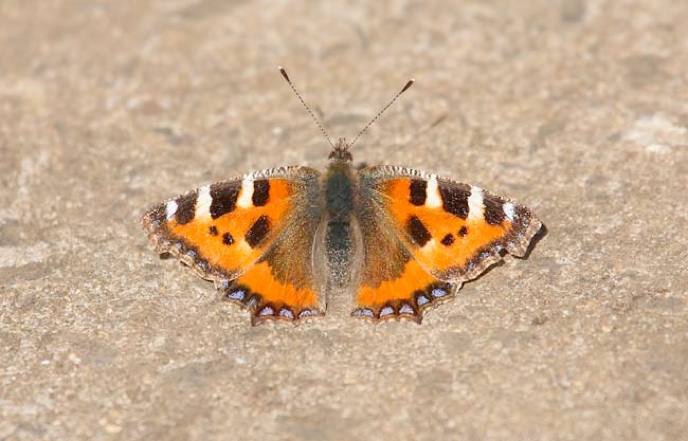 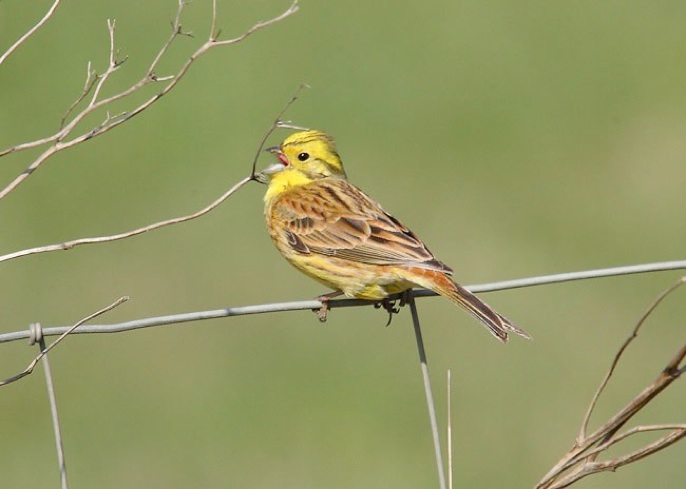 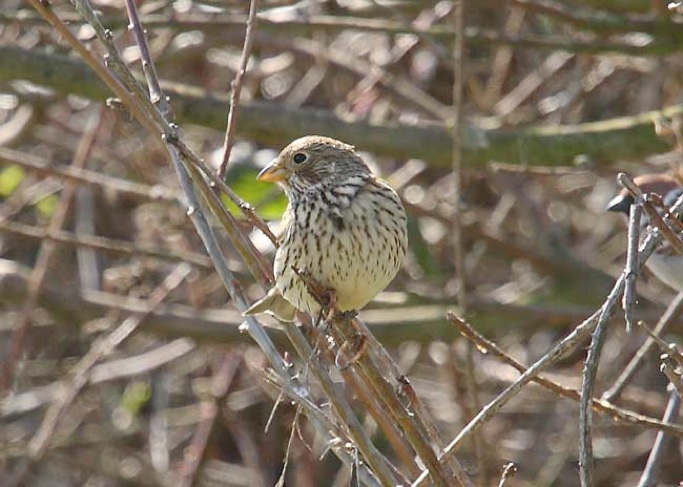 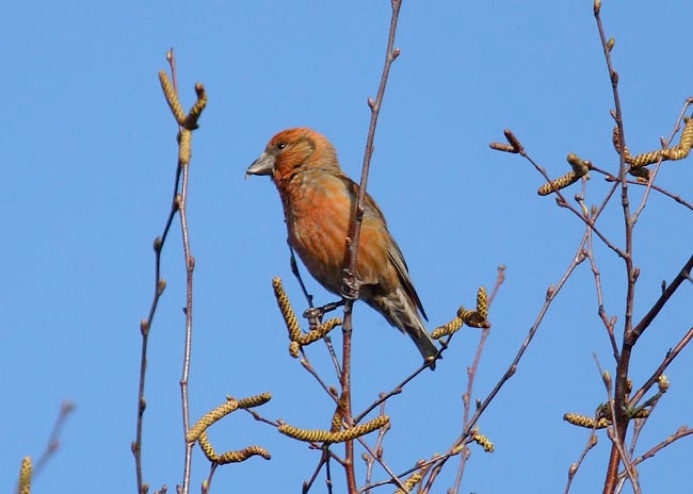 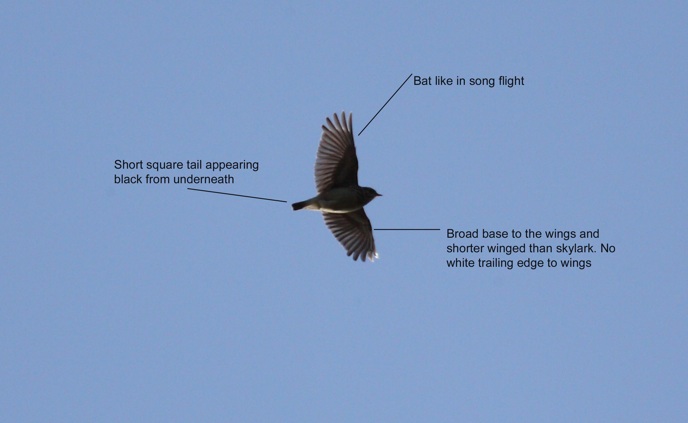 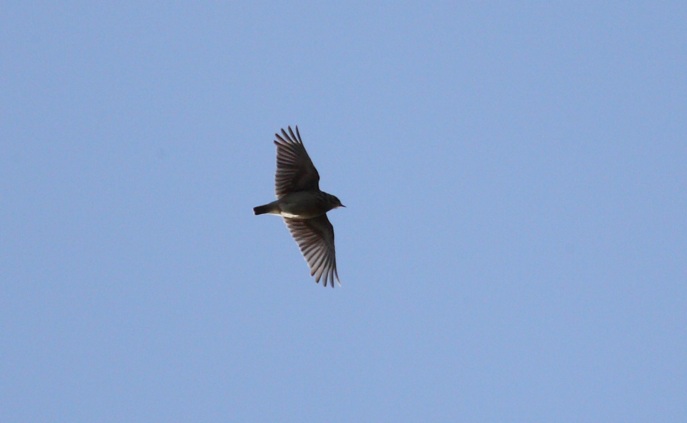