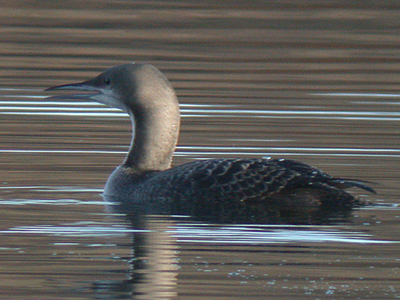 1st winter – 3rd February 2007 – Farnham Gravel Pits, Knaresborough, North Yorkshire.
This bird, originally identified as a Black-throated Diver, was re-identified as a Pacific Diver a week or so after the bird was discovered. It was then released to the pagers on Monday 29th January 2007.
This is a first record for Britain & the Western Palearctic of this North American race of Blackthroated Diver. It is now officially considered a separate species.
It is much smaller than Black-throated Diver and appeared to be not much bigger than Great Crested Grebe. A slim & elegant looking bird, with a small & slim looking bill. Complete lack of any white “Flank Parch” as in BTD. A rounded head and lack of any bulbous forehead & appeared to have a “puffed-out” appearance to the neck & rear of head. The upper parts were intricately vermiculated pale buff and the markings contrasted strikingly with the darker colour of the back & mantle. The head & neck appeared to be a warm, soft pale grey-brown, with a noticeable “throat strap”. Less white on cheeks & throat than BTD. Seemed shorter in the neck than BTD & generally a small & elegant bird altogether. 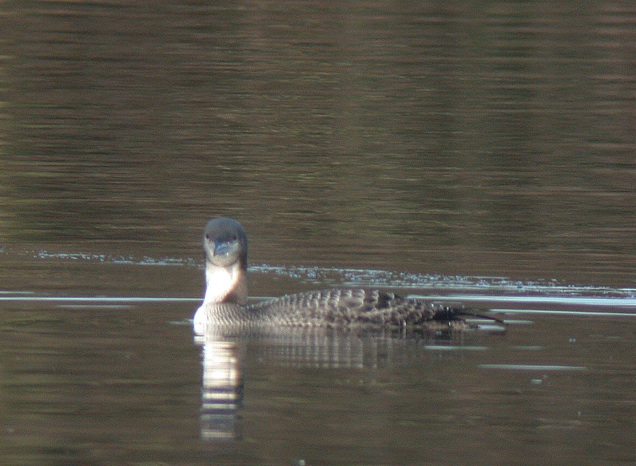 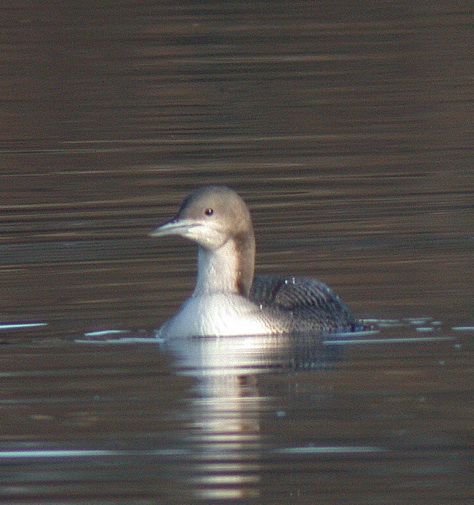