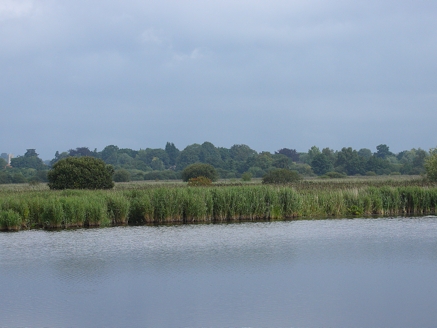 I had one resident species of butterfly left to see in Britain – SWALLOWTAIL and Strumpshaw Fen, in Norfolk is probably the best place to see them.
August is the flight period for the second brood and so I took a chance today in the hope of seeing one. The weather was not ideal and it wasn’t until the afternoon when the weather improved, that I eventually captured eyes on this stunning butterfly. My first British Swallowtail was rather tatty, it was nectaring on Buddleia. Shortly after this one disappeared, I discovered a second specimen and this time it was pristine. On the way back to the car park, a third Swallowtail was flying over a reed bed in warm sunshine. A fitting end to a superb day. At last!! – all resident butterflies sorted. I’ve seen 63 butterfly species in Britain & now photographed 56 of them.
View on the link above to Butterfly Images. Also at Strumpshaw a few Marsh Harrier and a Little Egret performed a Ballet in front of FenHide, as it was frantically feeding. Finaly a family party of the rarely seen Chinese Water Deer made an appearance – a female with 2 fawns.
IMAGES – First two – My first British Swallowtail – next 4 the second specimen a pristine male Swallowtail – next 4 Little Egret – last 1 a family party of Chinese Water Deer. 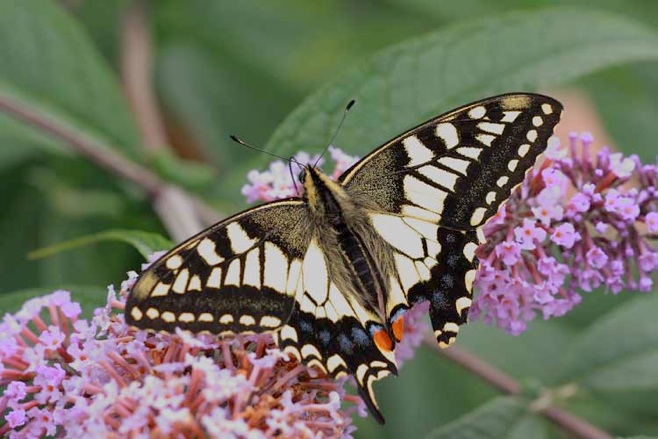 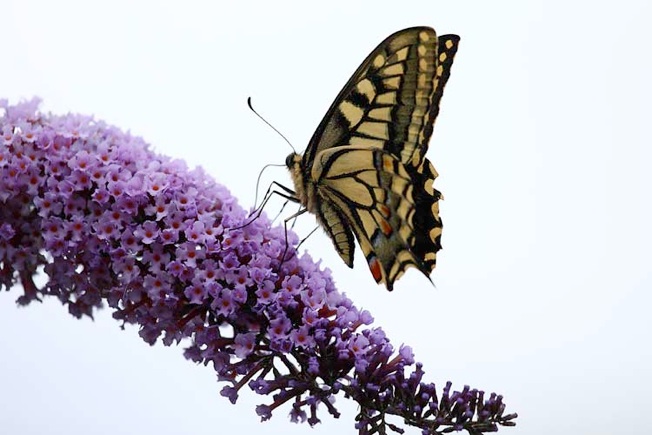 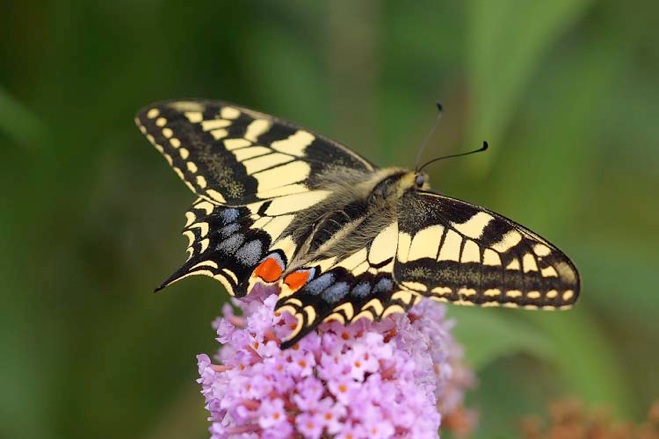 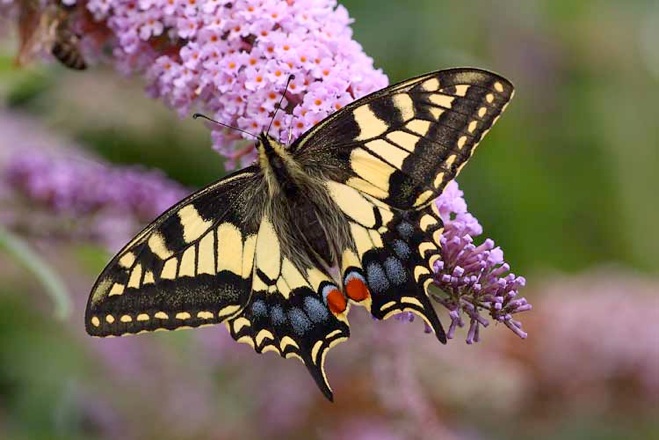 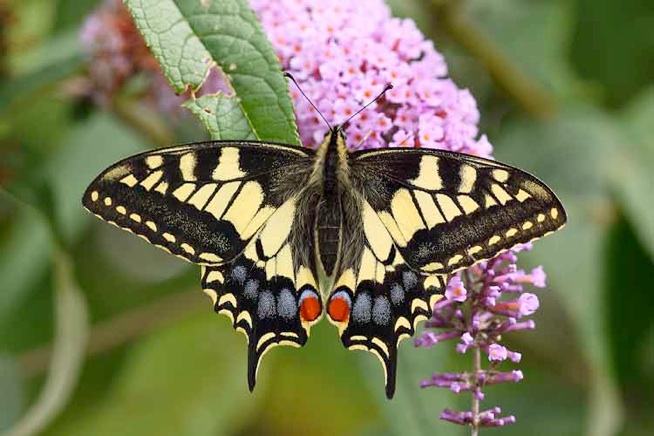 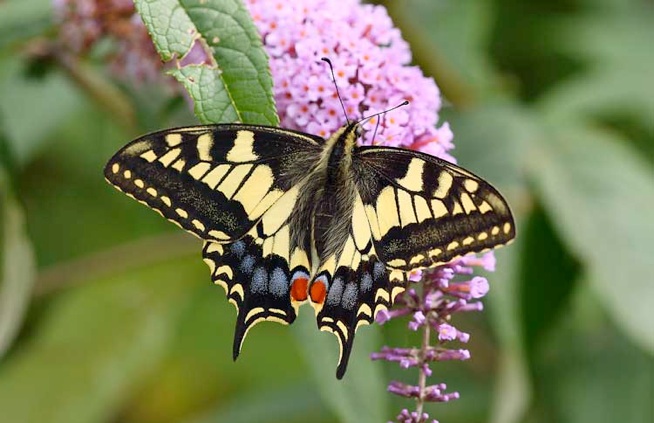 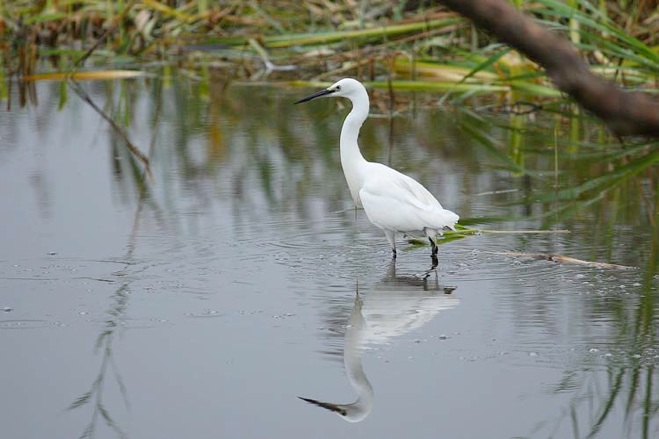 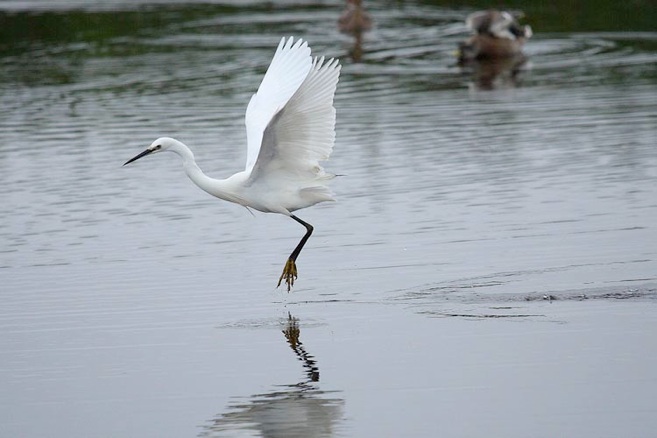 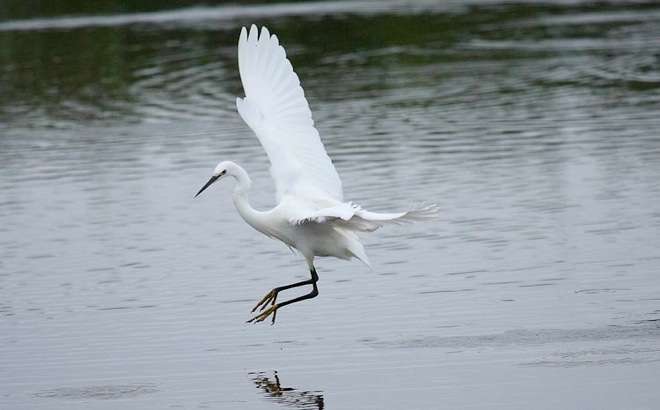 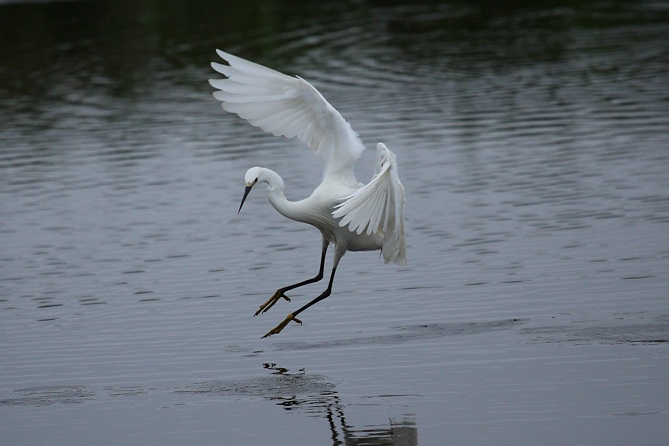 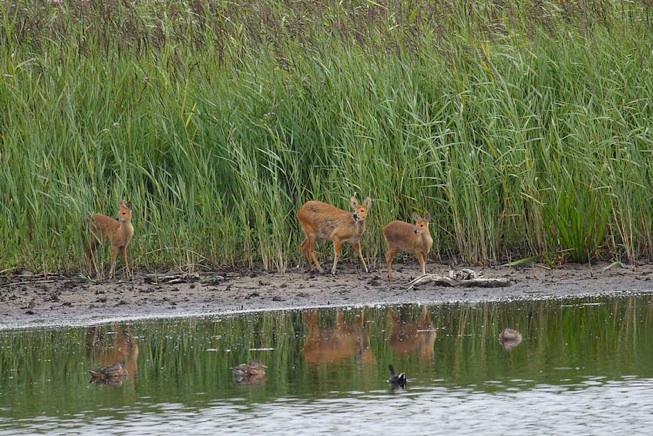