During late autumn, early winter this year (2017), there has been an unprecedented arrival of Hawfinch into Britain, with most arriving from Eastern Europe. Birds are well spread throughout the UK and as far as Derbyshire is concerned, the Hawfinch is classified as a scarce resident. So it was inevitable that sooner or later, birds would begin to arrive in the county and in places where they are not normally recorded. A small party was discovered in Darley Dale, north of Matlock and these birds seemed a good bet. On route to Darley Dale this morning, Richard and I stopped off via Radbourne, in the south of Derbyshire and eventually found what I think is a male. I did exceptionally well to find this bird let alone photograph it, as the area the bird was feeding in was extremely difficult for photography. Not the best picture of a Hawfinch, but a result for now. 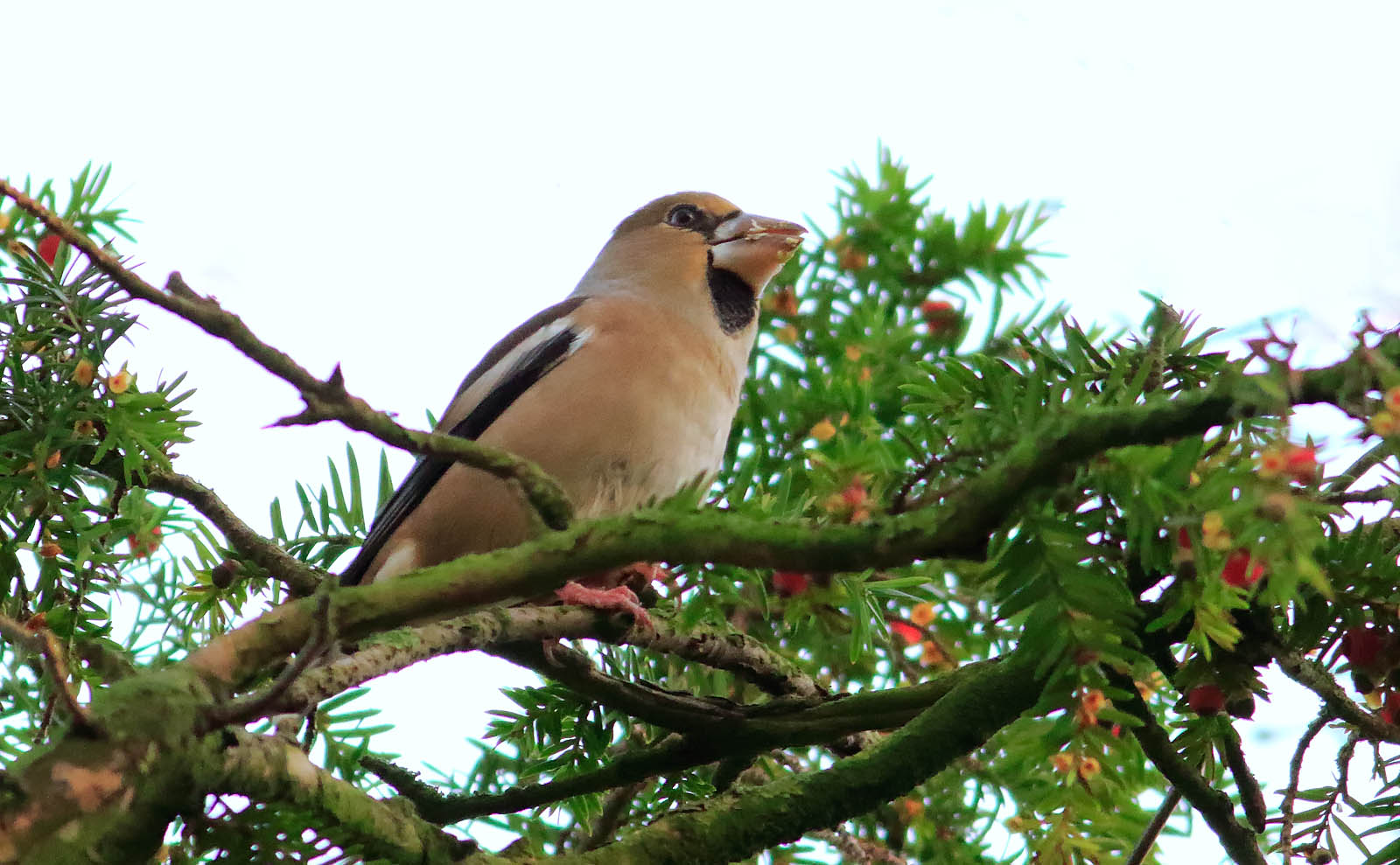