On Thursday 30th October 2014, the 3rd record for Britain of Eastern Crowned Warbler was discovered. My adrenalin rushed for the second time this year. It was found by a local birder in a small copse adjacent to a Hotel and Golf Course comples near the village of Brotton, Cleveland. I had to wait until today,(Saturday 1st November) and fortunately the bird was still present for around 100 well behaved birders to view it. In beautiful weather, for the time of year, the Eastern Crowned Warbler performed, on and off to a very appreciative audience, throughout the day. We watched it well during the early morning, with sufficient time for me to take a few half decent images. During the morning there was at least 1 Yellow-browed Warbler also present, a few Chiffchaff, including one that looked very much like a Siberian Chiffchaff, 1 Blackcap, several Willow Tit and a few Siskin.

This Asiatic leaf warbler is a true gem of a bird. It breeds in Eastern Siberia, into China, Korea and Honshu, in Japan. The first record for Britain was discovered in October 2009, during a period of large migrant activity of Yellow-browed Warbler, much the same as this latter part of the autumn.

A stocky looking Phylloscopus warbler, reminding me of a mixture of Yellow-browed, Arctic and Wood Warbler. Very sluggish in it’s movements for a leaf warbler, but nevertheless very difficult at times to see in the high leaf canopy of it;s favoured Sycamore tree. After out fill of the Eastern Crowned Warbler, we made our way to Sleddale near Guisborough, for a couple of showy Rough-legged Buzzard. There has been a large influx of these raptors, indicating a good breeding season. We also had a bonus Great Grey Shrike on the moor, with several Sparrowhawk, 4 Common Buzzard and a few Red Grouse. The Eastern Crowned Warbler was not seen on the 3rd of November 2014 and presumed to have left overnight. My year list moves on to 230 and the Eastern Crowned Warbler puts my British List on to 501 – Gratified…

My first views of the Eastern Crowned Warbler, shortly after re-locating it. We had only been at the site for 10 minutes or so. I quickly took a few record shots as the bird was actively feeding and on the move. – Tony Davison©. 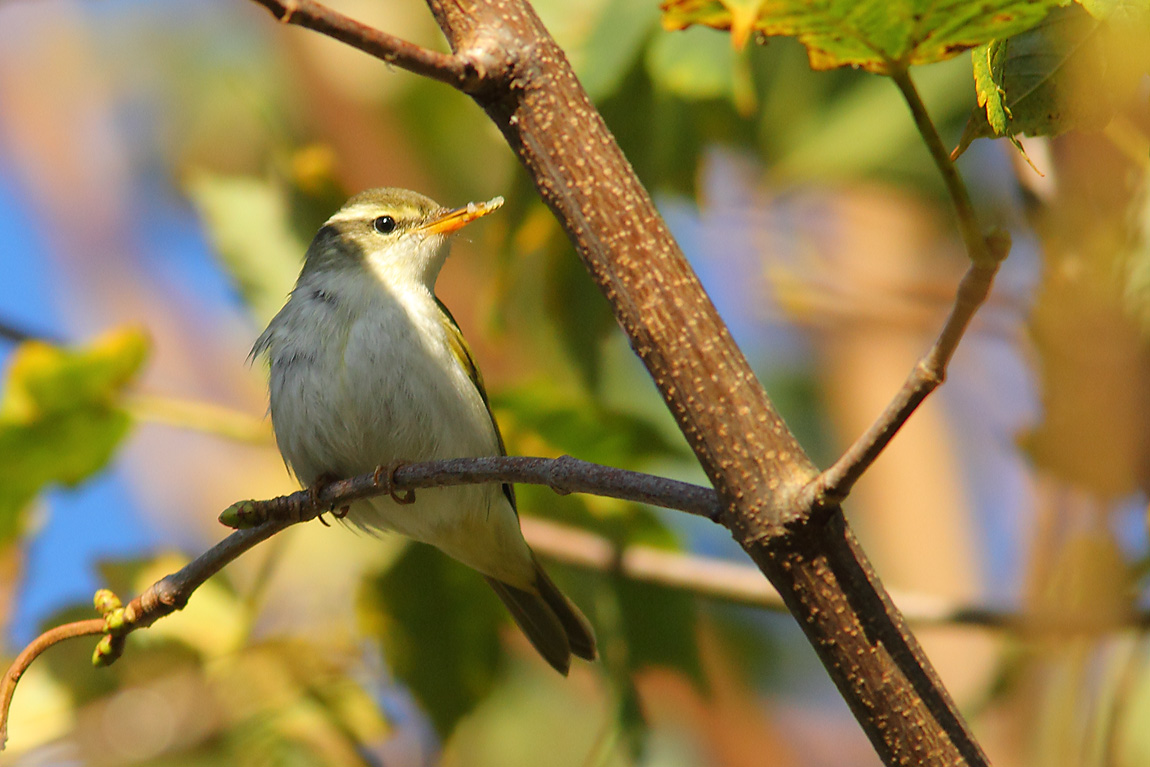 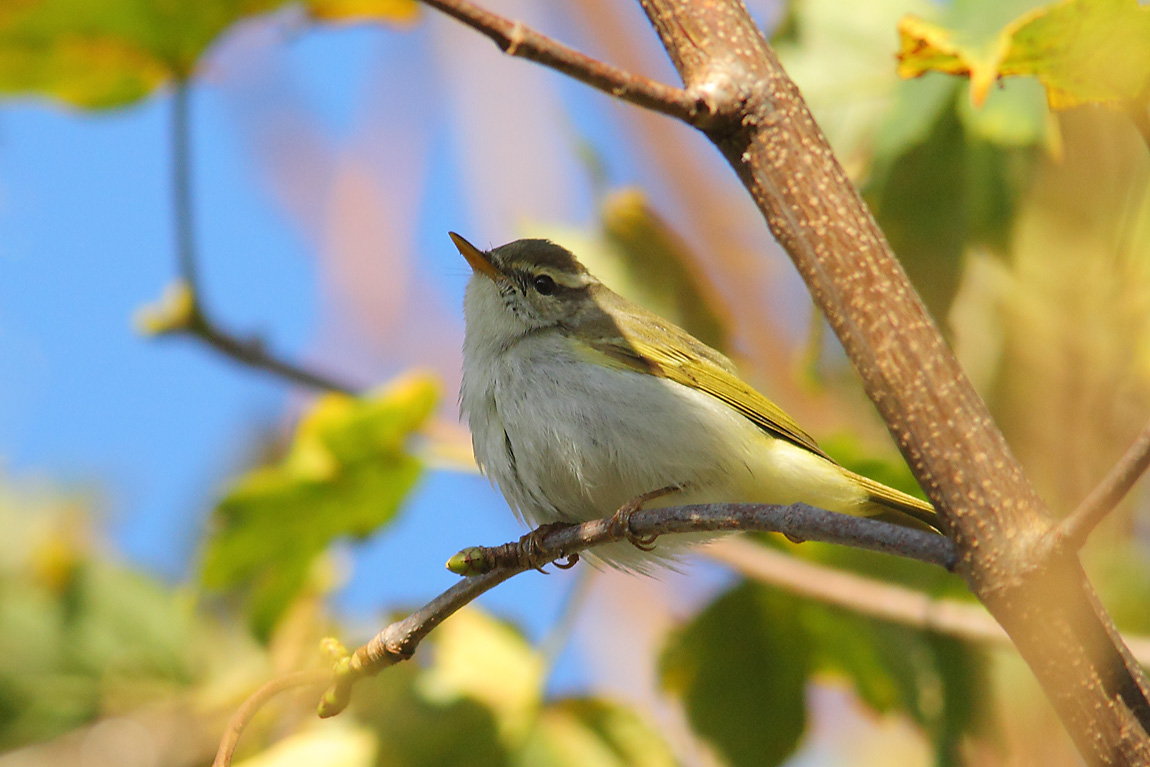 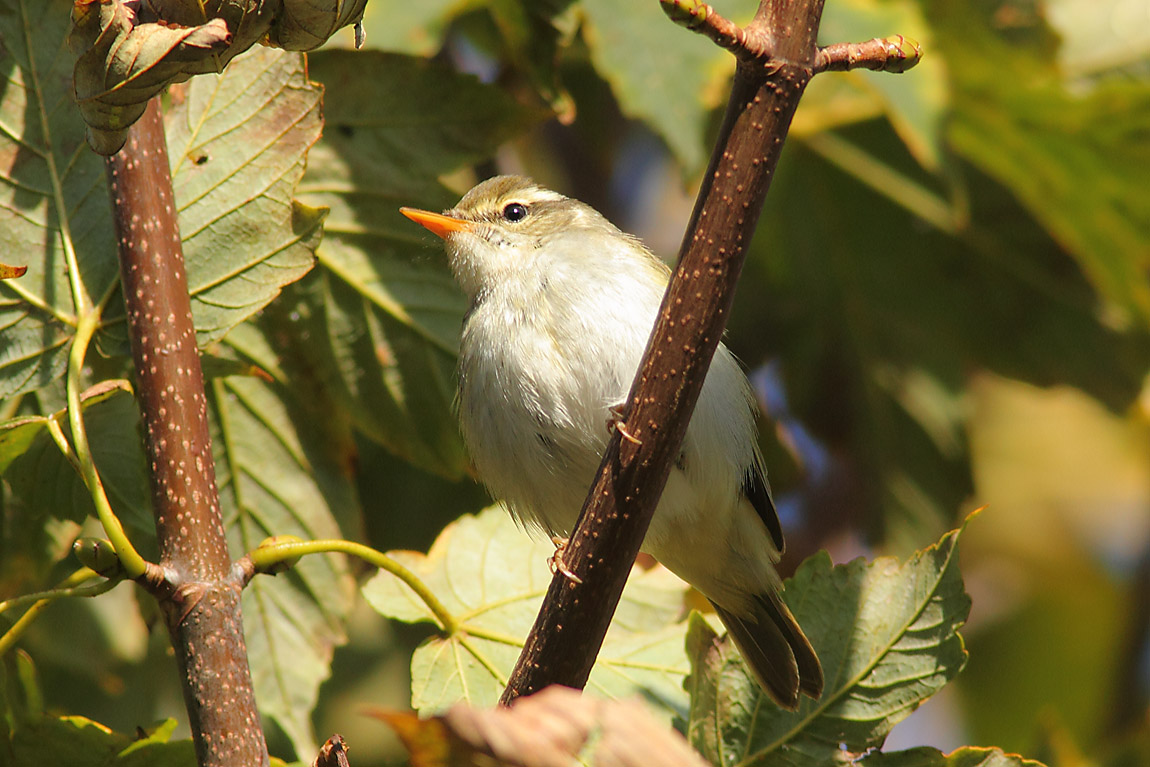 Eastern Crowned Warbler – Note the long and broad-based bill with orange-yellow tones to the lower mandible. 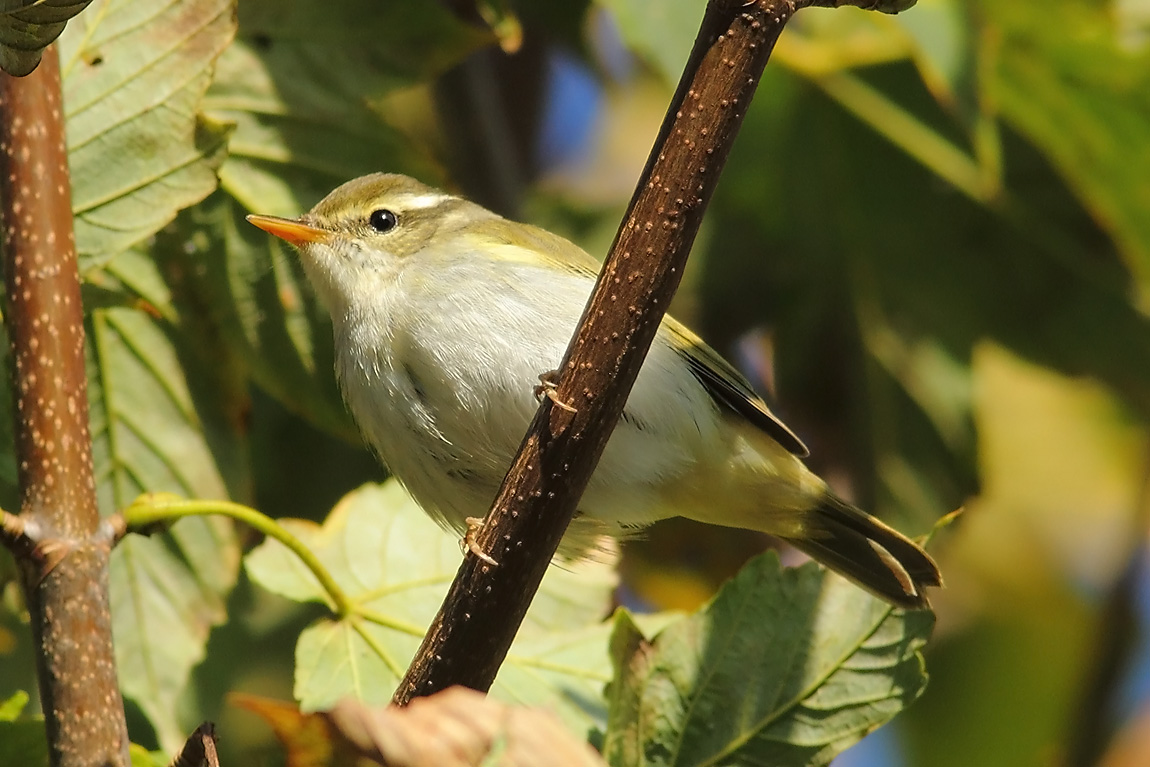 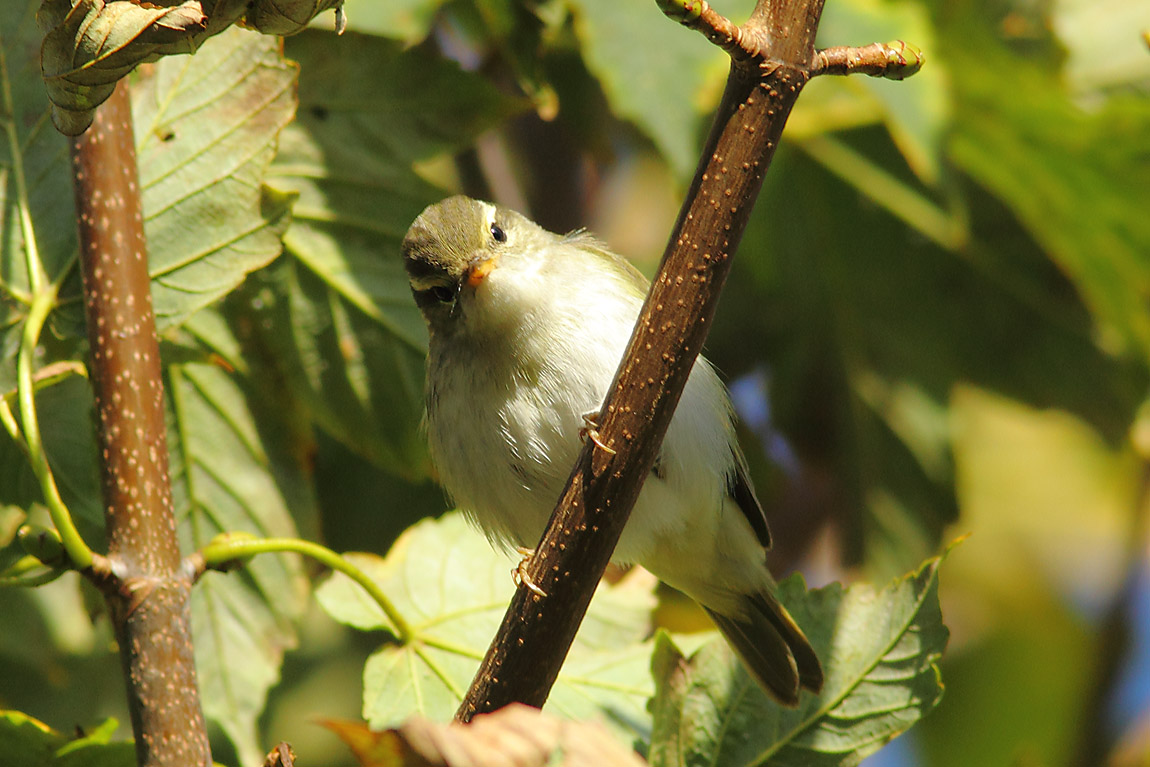 One Response to “The Crown Jewels from the East”