My 28th consecutive trip to the “Sacred Isles”, the Isles of Scilly. What a week – 2 lifers; 3 “Yankie” passerines and 5 “Yankie” waders, plus a self found Dusky Warbler. Plenty of padders helped us to achieve 101 species for the week.

Arriving on Saturday 22nd October, I was anxious to get the Northern Waterthrush, a North American warbler, very rare to Britain. A new bird for me and the first tick on Scilly for a number of years. Plenty of extremely rare birds for Britain to go for – such as Wilson’s Snipe, Upland Sandpiper and Olive-backed Pipit. Rather than be tempted, I decided to spend some time at the Northern Waterthrush site in Lower Moors. Suddenly my phone went off and Richard basically said to me “Get yourself moving to Holy Vale now, a SCARLET TANAGER has been found”. Once I realised what he had said, I simply did just that, got my butt moving pretty dam quickly. Especially as Richard & Dave had already left to wander up to the Upland Sandpiper site not far away from Holy Vale!

Advising the other birders what had arrived, they simply looked at me in disbelief. 15 minutes later, and on my own along Sandy Lane, the rest of the small crowd were at the opposite end of the track to me, I was watching a stunning first winter male Scarlet Tanager, yet another North American vagrant and right in front of me. I couldn’t believe it. Another lifer, 2 in an hour or so, what the hell was going on? – The day finished off with the Upland Sandpiper a North American wader, at Borough Farm and nearby 2 Olive-backed Pipits rare birds from Siberia, at Watermill. Superb views of the Wilson’s Snipe,another North American wader, a few Black Redstart & a Hummingbird Hawkmoth. What a day.

Sunday 23rd October – The usual trip to Tresco, it was pouring down with rain – got us Spoonbill, Bonxie & Pomarine Skua from the boat during the crossing. On the Great Pool a long staying Lesser Yellowlegs, a Pectoral Sandpiper & a Spotted Crake. A very confiding Lapland Bunting at Carn Near.

Monday 24th October – Spent the day on St. Mary’s in atrocious weather for most of the day with heavy rain. A White-rumped Sandpiper was found at Porth Hellick, once the rain had eased off, also we walked onto a Dusky Warbler at Lower Moors just as it had been discovered. 5 Yellow-browed Warblers; 6 Black Redstart and a Whinchat rounded off the day.

Tuesday 25th October – Whilst emptying my moth trap early morning at Buzza end of Porthcressa, the distinctive “Tacking” call of Dusky Warbler was ringing in my ears. I couldn’t believe it, one was calling literally a few yards away. I dropped everything and began looking for it. The little bugger was very skulking. I phoned Richard & Dave for some help in locating the bird and soon a few birders were on the scene and eventually having put it out on the Pager, a small group had gathered. Eventually it was seen well by a few of the birders but very briefly as it moved through gardens. Unfortunately for me I never did see it well but enough to claim it as my bird!! What a find!! – A 1st winter Mediterranean Gull on the beach at Porthcressa, a Firecrest, 3 more Yellow-browed Warblers and fantastic views of the Lower Moors Dusky Warbler finished off another memorable day.

Wednesday 26th October – An early morning visit to “Higgo’s Pool” on St. Mary’s was worth the effort as I had stunning views of the Northern Water Thrush. We decided to head off to St. Agnes for the rest of the day as a Raddes Warbler had been found on 25th. Once on St.Agnes we were soon watching a very nice Raddes Warbler at Troy Town. Another very interesting bird was yet another East Asian Lesser Whitethroat. This was was slightly different to the one I saw on Shetland at the end of September. These birds are very distinctive and their habits are completely different to normal race curruca Lesser Whitethroat. This bird was preferring to feed on the ground, creeping amongst the rocks and debris on the beach. Always returning to a favourite perch, a dead Mallow Tree. The bird was overall a dark sandy-brown colour. Greyer-brown tones to the forehead and crown. A fine small pale based bill, slightly decurved. Short wing, long tail, short P2, pale buff off-white underparts. one observer has managed to record the birds call.

Thursday 27th October – A fairly quiet day – more good views of the Northern Waterthrush, Upland Sandpiper. We found several more Firecrest & Yellow-browed Warbler and then just as we thought it was the end of the day, a RED-EYED VIREO is found at Salakee and we were only 5 minutes walk away!! Fantastic views of this stunning bird, I had not seen one for many years.

Friday 28th October – A beautiful sunny day across the islands. It was a pleasure to be here in such warm weather, almost like mid-summer, rather than the end of October. We did find a Jack Snipe at Porth Hellick, a couple of Firecrest & several Yellow-browed Warbler. Several Clouded Yellow butterfly & a female Long-tailed Blue Butterfly were probably better than the birds!

My thanks go to Richard James & Dave Nadin for their great company during the week. To Tony Hull for supporting notes on the Dusky Warbler and to all the great birders I met and spent some time with during the week. To the birder that found the SCARLET TANAGER. Well done mate!!

Looking forward to next year already. 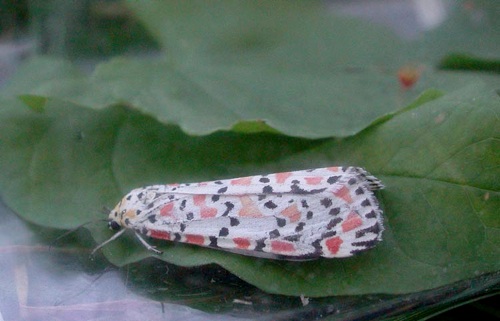 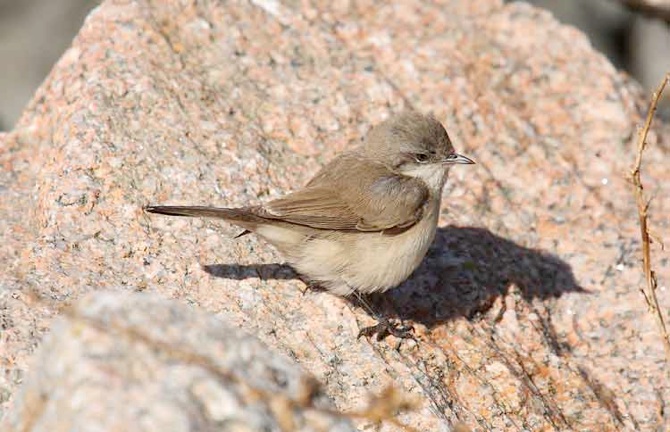 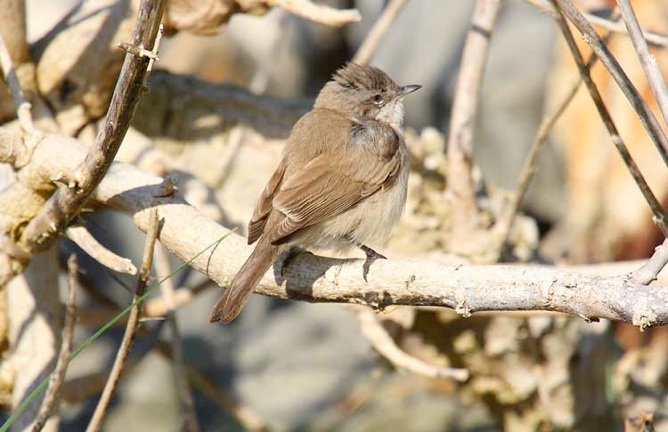 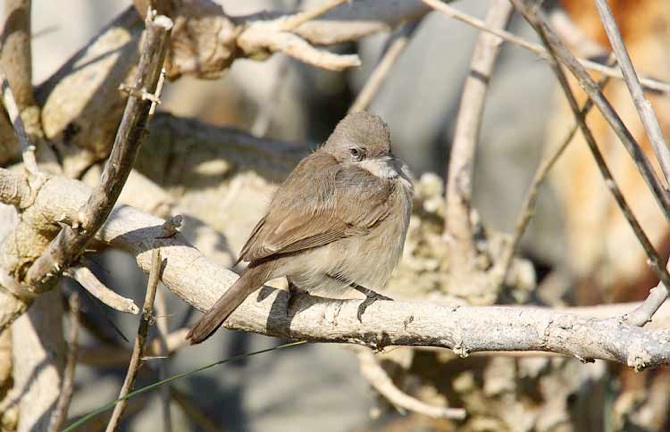 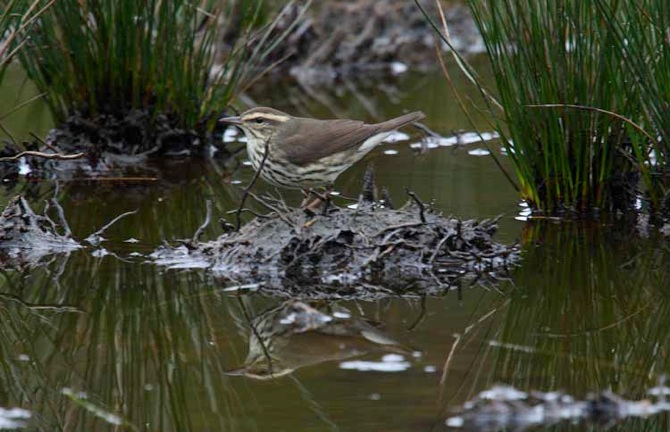 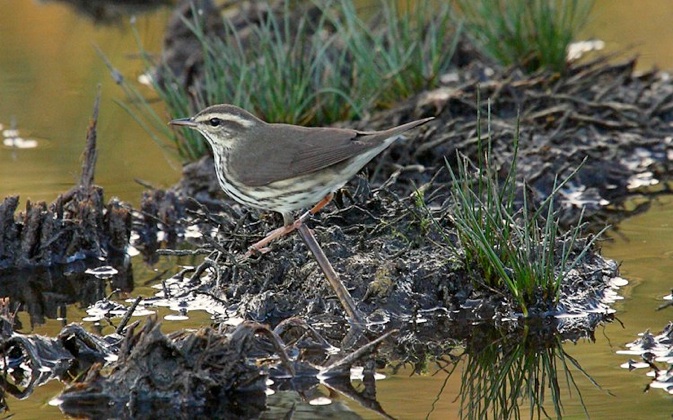 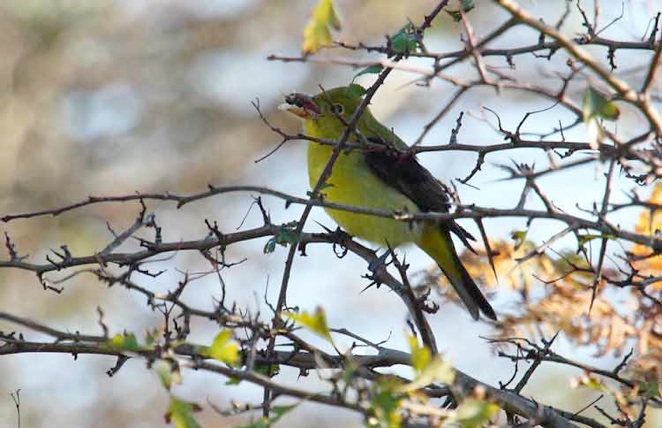 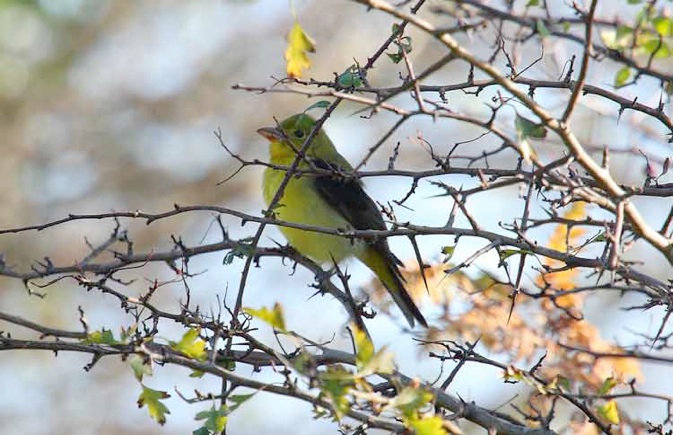 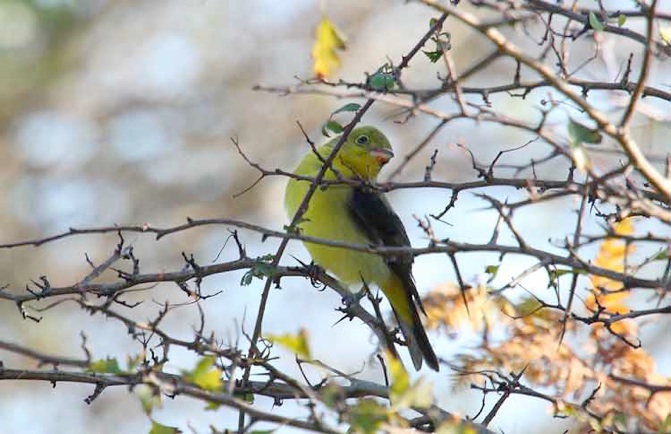 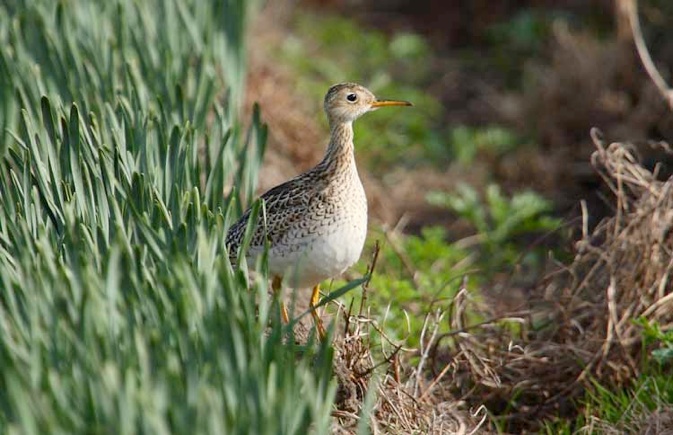 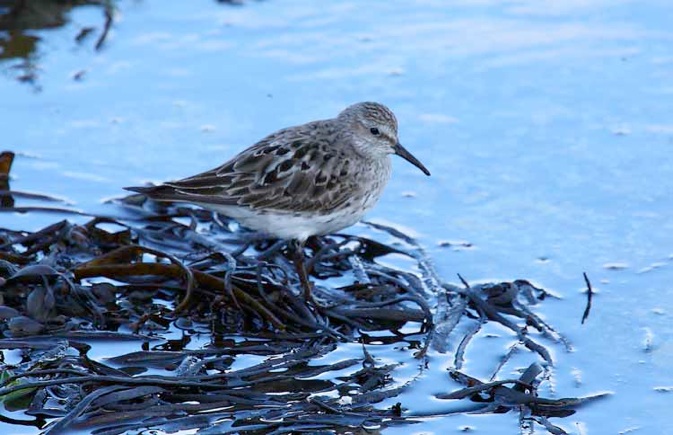 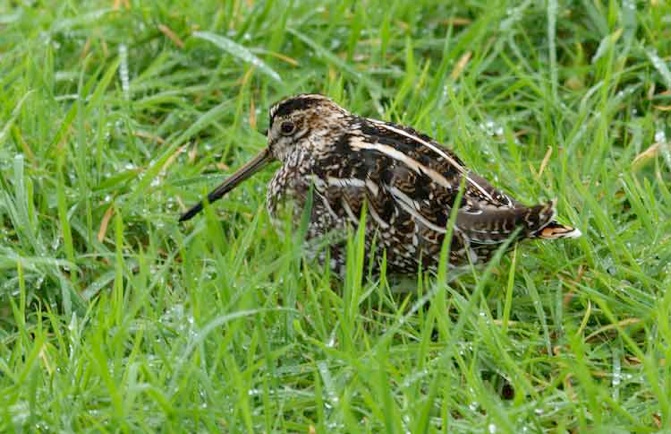 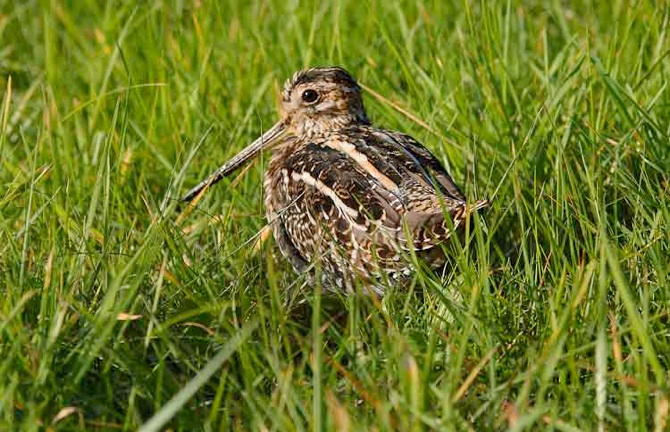 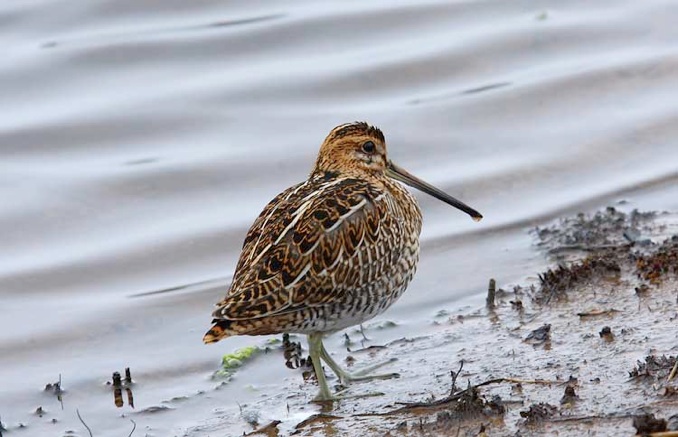 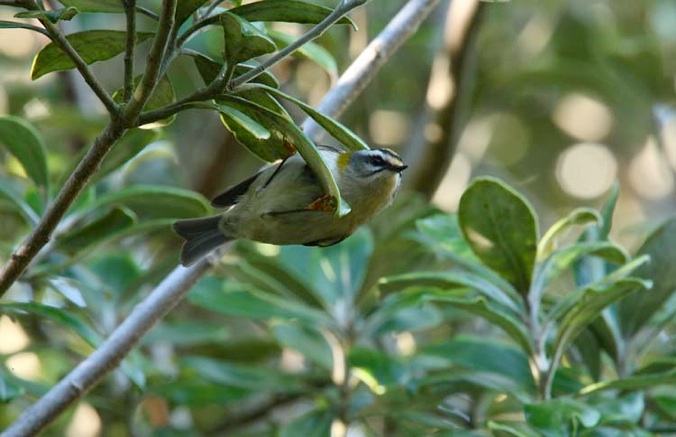 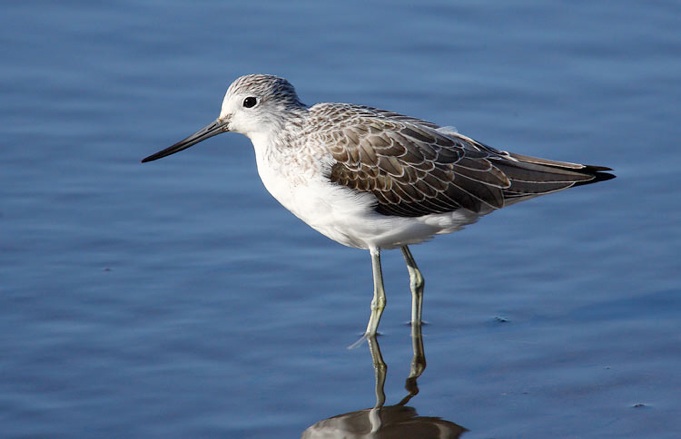 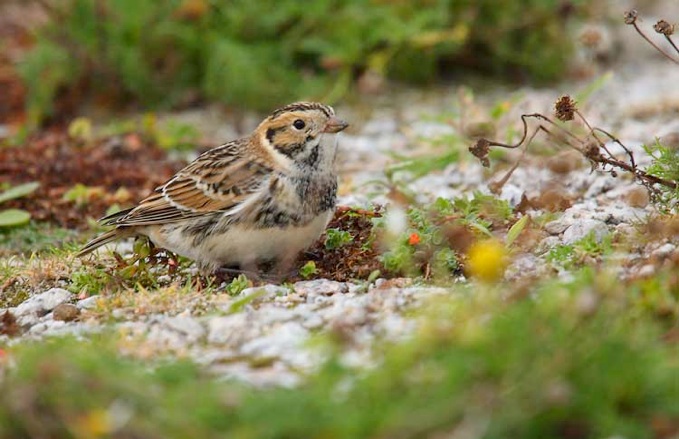