Follow me
At Staunton Harold Reservoir this morning I found a  superb flock of Redpolls and after carefully checking through the flock of around 80 birds, I discovered at least 30 Mealy Redpolls mixed in. 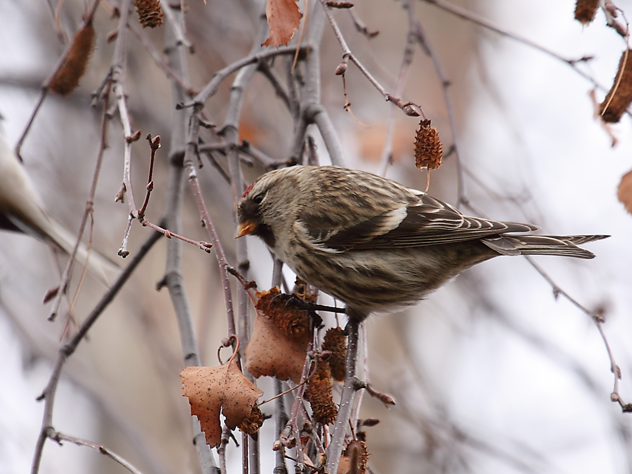 At least 2 birds appeared to be colour ringed. Unfortunately I was not able to determine the colours and sequence of the rings. Nevertheless a great local find. A classic Mealy Redpoll, large size, grey appearance, heavier looking than Lesser, bold white wing bar and short stubby looking yellow bill are all good indicators to help with the ID process.
In Derby along Raynesway a small flock of 25 Waxwings had been discovered, so as these were local I managed to year tick them before they quickly disappeared.
Later in the afternoon a visit to Willington Gravel Pits for what had recently become a regular “Owl Fest”, with both Barn Owl and Short-eared Owl performing in the early evening. Also here were bonus birds – Bittern & Stonechat.
The year list has moved on to 77. 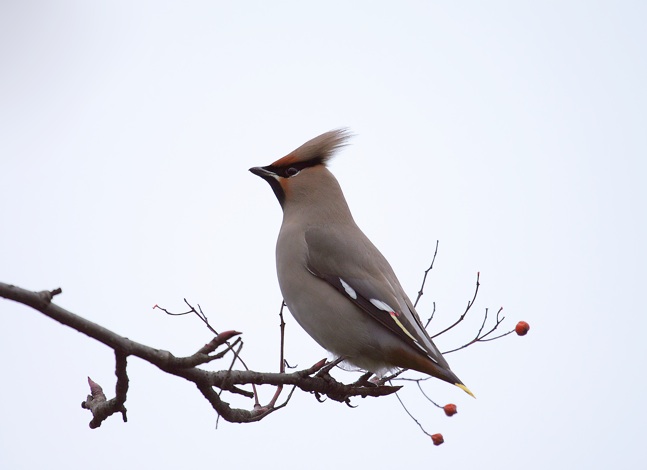 The winter of 2010 -2011 has seen one of the largest invasions of Waxwings into Britain for many years. It is estimated that some 10,000 birds have arrived into Britain and the first arrivals were seen back in late October 2010. You simply cannot get enough of Waxwings, they are stunning birds and very photogenic and approachable. 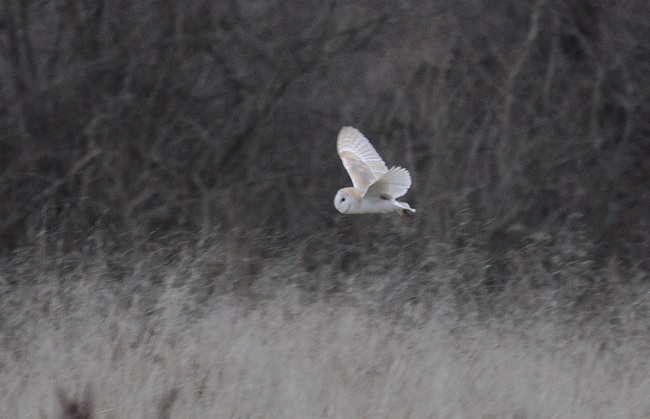 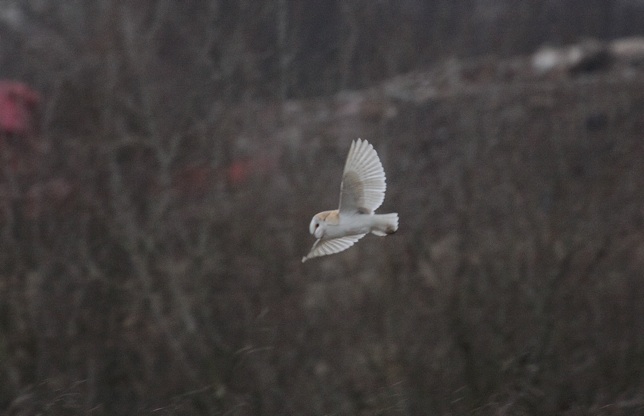 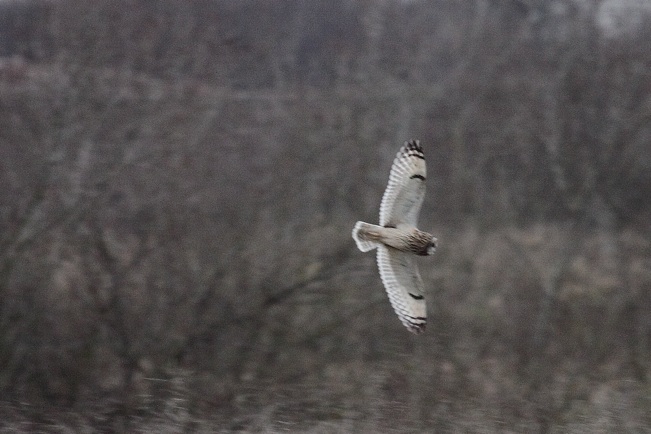 Above  picture – Short-eared Owl – Willington Gravel Pits –  Apart from the fact that the bird had yellow eyes, a clear indicator of Short-eared Owl, you can clearly see the clean under wing, black tips to the wing and heavy streaking around the head and upper breast. All these features help to eliminate Long-eared Owl.
Click HERE to visit my Blog