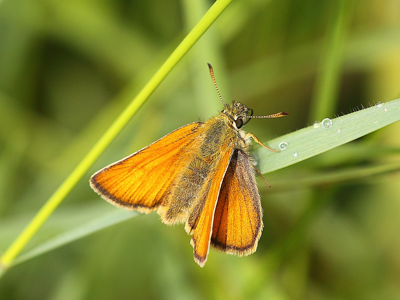 I only need to see two more species of regular breeding British Butterfly – Lulworth Skipper & Swallowtail. I also only need to photograph 7 species and now 6 having managed to get Essex Skipper this morning at Foremark Reservoir in Derbyshire, a few miles from my home.
Essex Skipper is a very tricky species to confidently identify. You practically need to crawl around on your hands and knees to check the underside of the antennae. These should be black, appearing as though they have been dipped in ink. It is also possible to see the slightly more pointed wings of Essex Skipper compared to a more rounded wing of Small Skipper. After checking many Small Skipper, I eventually managed to find at least one Essex. The species is a new colonist to South Derbyshire, being right on the  northern limitations of it’s range. Plenty of Gate Keeper & Meadow Brown, 1 Small Copper, 4 Peacock & 1 Small Tortoiseshell and several Green-veined White were also seen. Plenty of Cinnabar Moth Caterpillars.
Year List for Butterflies moves on to 36 species.
IMAGES – top to bottom – Cinnabar Moth Caterpillar / Small Copper / Small Skipper/ Essex Skipper. 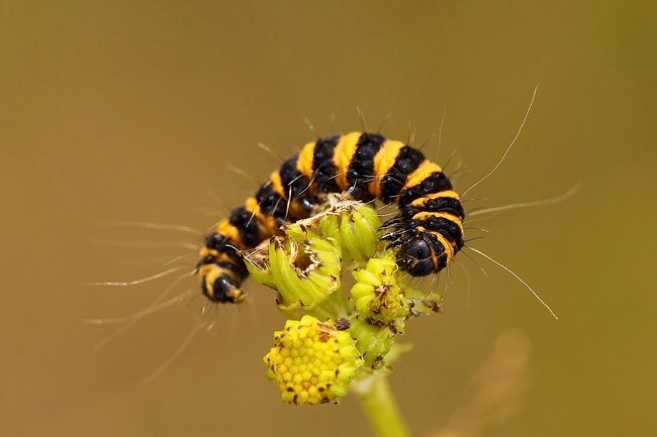 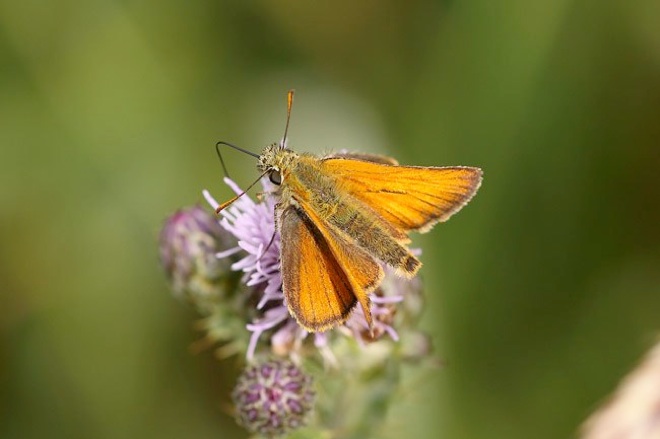