The first British record for 20 years. A bird of arid grasslands and deserts, breeding from the Canary Islands, eastwards across to North & East Africa into Iraq and then from southwest Asia towards Afganistan.
This bird was first discovered on St.Agnes on 28th September. It was on on St.Agnes for a short time before it then disappeared. It was eventually re-located on St.Martin’s on 29th September. Fortunately remaining long enough for me to visit the islands on 2nd October. 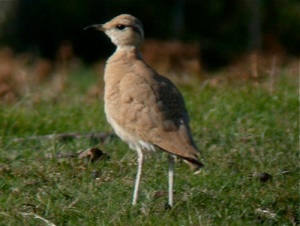 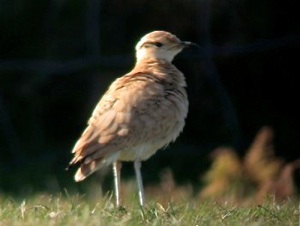 A mythical bird that performed well showing down to 15-20 feet on occasions. These pictures were digi-scoped. The bird remained on the islands for several more weeks and I saw the bird again during my annual weeks birding on St.Mary’s. It eventually departed St.Martin’s and was re-discovered on the Golf Course on St.Mary’s. The bird eventually was picked up wet and thoroughly exhausted and eventually died whilst in care.
What a very sad ending to a very enigmatic bird.