A phone call this afternoon from my good friends Barrie, Anita & Elliott, was to tell me they were watching White-letter Hairstreak and literally only five minutes in the car from home. Needless to say I grabbed the cameras and made a dash for it, as the weather forecast for late afternoon was none to good.

The White-letter Hairstreak is on the wing during July and is becoming a scarce butterfly in Derbyshire. The Elm & Wych Elm, which the butterfly requires in order to lay its eggs, are rapidly disappearing and when present they only seem to last for a few years before they succumb to Dutch Elm disease.

It is due to Dutch Elm disease, that many of the Elms & Wych Elms that inhabit our hedgerows and woodland edges have disappeared. The White-letter Hairstreak is easily overlooked and the colonies that are now found in Derbyshire are few and far between but nevertheless this amazing little butterfly continues to hold on in our county. Where Elm exists, then this butterfly can be found but once the food plant dies out, often the Hairstreak colony goes with it. The White-letter Hairstreak sometimes occupies a favourite tree and a small colony can survive for a number of years. They often fly from the colony tree across to a nearby Oak or Ash to feed on the aphid honeydew, which is the White-letter Hairstreak's principle food.

What a great way to finish off the day and just before the thunderstorms hit. 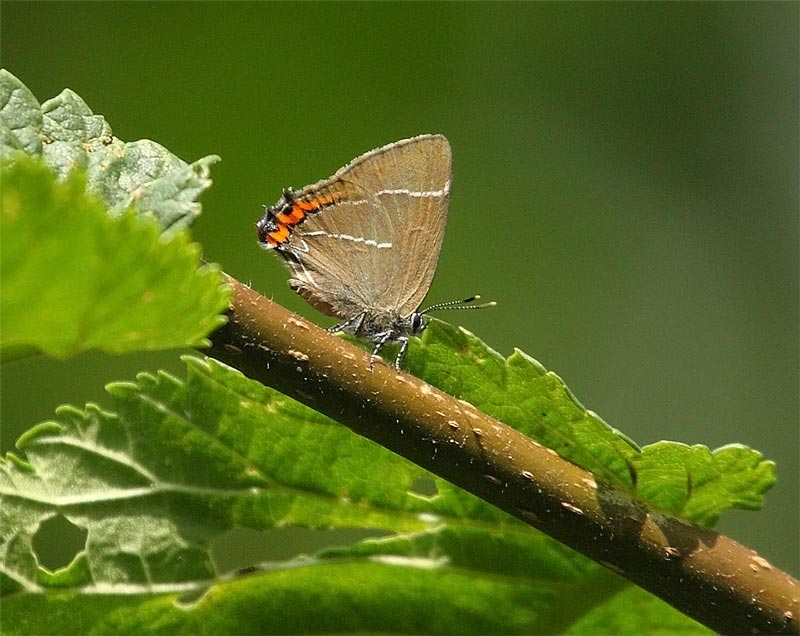 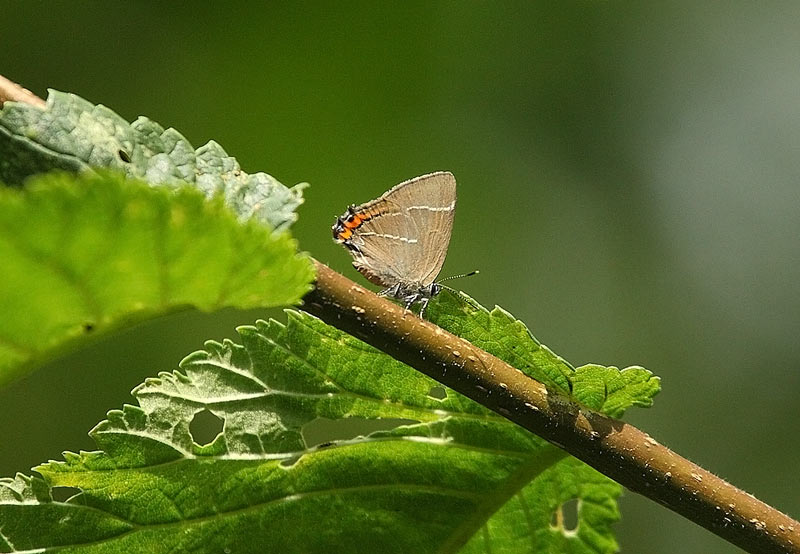 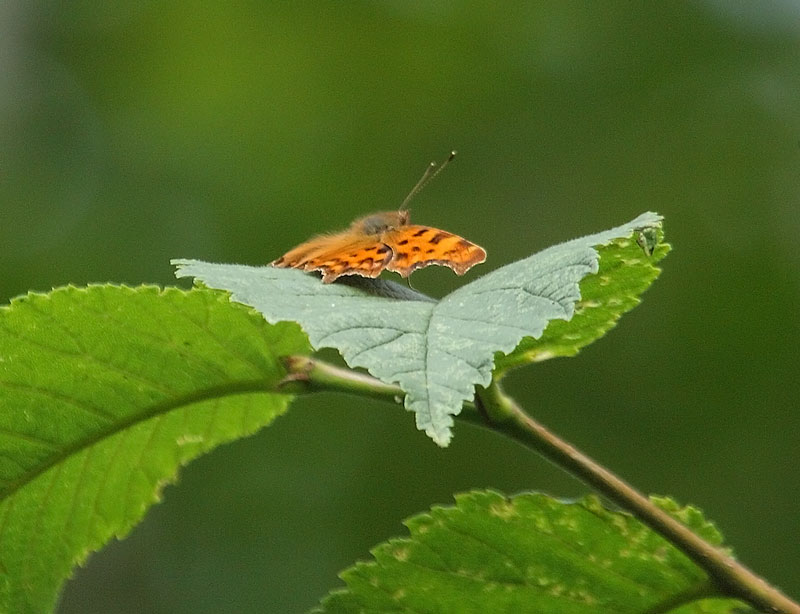 One Response to “Rare Butterfly on my Doorstep!”