Note the overall grey appearance of the bird. A small and slightly built shrike. Small thin bill less heavy than other shrike species I have seen. Also a long tail and a rump which is dark and same colour as back. Note the large,clean white wing patch, which is very prominently set-off against the blackness of the rest of the wing. Note large area of white and scaley looking scapulars that contrast well against the overall greyness of the bird. 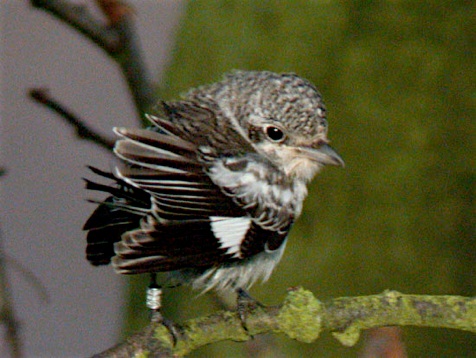 The bird appeared to be in tail moult but despite tyhis, the tail still appeared long, narrow and black and white. The ear coverts were dark grey but there appeared to be little in the way of a whitish forehead and eyebrow. 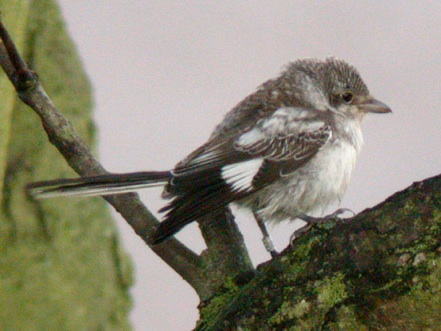